With bitcoin and Ethereum gathering momentum among investors, some experts fear a bubble could soon burst 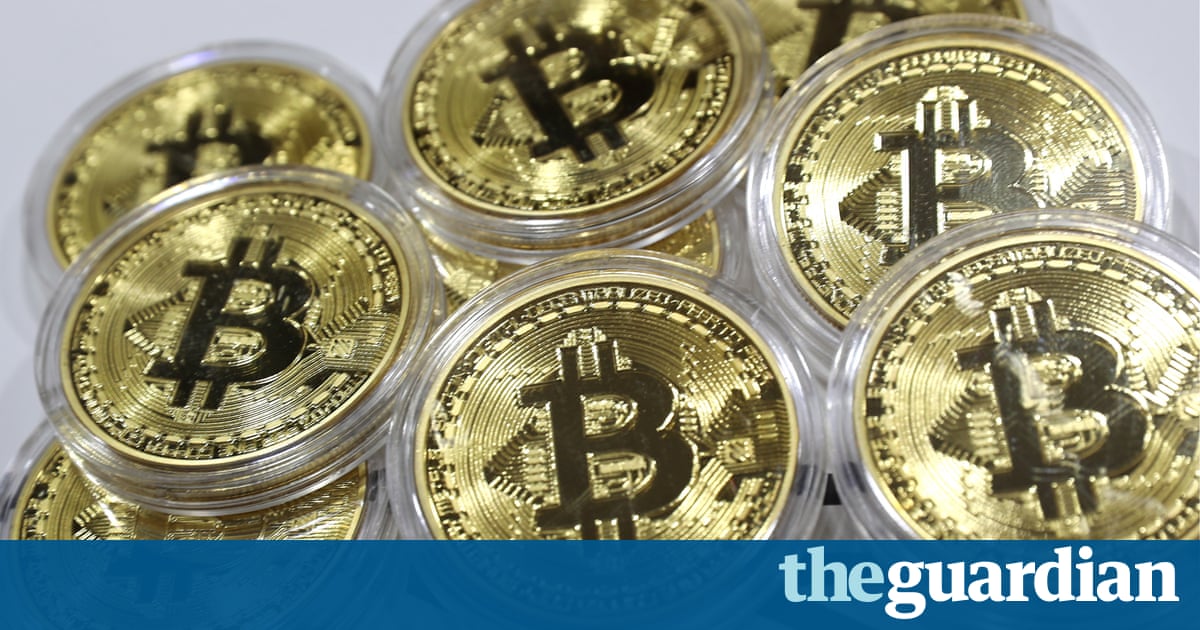 Joe Kennedy, patriarch of the Kennedy clan, said he knew it was time to exit the stock market after a shoeshine boy gave him stock tips. If everyone thinks its time to buy, its time to sell, reasoned Kennedy. Then came the great crash of 1929 to prove him right. Perhaps some of that thinking could be applied today to the digital currency bonanza.

In recent months, warning voices have grown louder as the digital assets known as cryptocurrencies have attained record valuations. The price of bitcoin, the most famous cryptocurrency, has soared this year, from $969 to more than $5,000 in September; rival Ethereum began the year at $8 and has traded as high as $400 while new coins or tokens are issued weekly, often attached to tech startups as a way to raise venture capital.

According to Token Report, a database of cryptocurrencies, 105 initial coin offerings (ICOs) worth $1.32bn were sold in the last quarter, with more than $956m sold in first half of the year. The year-to-date tally stands at $2.27bn, compared with $100m raised in 2016 and all without paying fees to underwriting banks.

This increase in activity comes despite a warning shot from the US Securities and Exchange Commission in July that some offerings qualify as securities and therefore fall under securities law. On Friday, the regulator charged a businessman and two companies with defrauding investors in a pair of coin offerings.

Last week, the Chinese government defended a recent decision to outlaw token sales and continuing efforts in China (and in South Korea) to outlaw coin exchanges. The Xinhua news agency, Beijings media arm, said the exchanges were known to have concocted pyramid schemes and engaged in criminal activity disguised as scientific and technological innovation.

But as with everything cryptocurrency, the picture is complicated. Japans government has implemented rules that recognized bitcoin as a payment method; India and Sweden are said to be considering their own virtual currencies. Celebrities have jumped into the game, with the boxer Floyd Mayweather, the socialite Paris Hilton and the actor Jamie Foxx promoting coin offerings on social media.

In late September, Goldman Sachs confirmed it was exploring a new trading operation dedicated to bitcoin and other digital currencies. If that plan goes ahead, it will make Goldman the first Wall Street firm to deal directly in the crypto market.

The banks, too, are conflicted: will they respond to pressure from investors, or remain on the sidelines of a new market that has traditionally been the realm of criminals and drug dealers? North Korea is reportedly using cryptocurrencies to evade international sanctions.

Those moves were followed by stark remarks from the JP Morgan Chase chief executive, Jamie Dimon, who in September described bitcoin as a fraud.

If we had a trader who traded bitcoin, Id fire them in a second, Dimon said. Its against our rules. Any trader that dealt in them, he added, was stupid.

So is crypto approaching a denouement or just getting started as a rebellious, anti-institutional, anti-government, frictionless currency? It depends on whom you ask, but across the board theres a growing wariness that there could be a correction, a shake-out in the crypto party, especially in the market for initial coin offerings.

The venture capitalist and crypto investor David Siemer equates the current market of around 1,000 digital currencies and token-like alt-coins to 1995-1996 in the dotcom revolution. The crash of 1999 was still ahead but so too was the potential to create economic giants like Google, Amazon and Facebook.

In 1995, the entire internet world was worth around $80bn. The entire cryptocurrency space right now is valued at around $170bn. In 1995, there were 24 million internet users, and theres not even 20 million in crypto. The analog is almost perfect across every level.

Siemer predicts that while platforms like bitcoin and Etherium are here to stay, it is likely that SEC regulation will ultimately put a big dent in things.

We dont know when, but Im almost certain the SEC will declare ICOs to be securities because they have no effective tech utility.

Sam Feinberg, CEO of Cypher Capital, believes less than than 5% of the 50 to 60 ICOs coming to market each week have any utility at all; if the government announces any kind of regulation, there will be a rapid dropoff in the number of offerings that could ultimately benefit the sector.

A lot of people are scared of cryptocurrencies right now, so some kind of US regulation is needed for institutional money to come into the market, Feinberg says. It would allow the market to grow maturely.

Others are more skeptical. Angela Walch, associate professor at St Marys University School of Law and research fellow at the Centre for Blockchain Technologies at University College London, acknowledges concern around crypto valuations.

Were in a cycle where prices have been driven up and now crypto hedge funds are driving them up higher. Its a game, and it looks very much like a bubble. Of course, theres no way of knowing when a bubble is going to pop, but thats what it looks like.

The characteristics of a crypto bubble, says Walch, are self-evident, and include a significant number in finance looking to get into the field. Its just the latest thing, and I dont necessarily see that people jumping into crypto investing have an understanding of the fundamental characteristics of cryptocurrencies.

They are doing it because they see other people doing it and they dont want to miss out. If you put the word crypto or token or coin around an offering, it doesnt matter what the substance or fundamentals behind it are, they are drawing money, and thats a dangerous situation.

Analogies to the dotcom bubble and the subprime mortgage crisis are self-evident, Walch says.

Other warning signs, says Walch, include the jargon that has grown up around cryptocurrencies. In a paper published in the Journal of Internet Law, Walch lamented how the jargon of crypto had entered the legal realm. Recent legislation passed by the Arizona state legislature described blockchain technology as immutable and auditable and providing an uncensored truth.

It also obscures the reality of the hard sell, Walch said. The vocabulary around crypto currencies and blockchain technology is very deceptive and misleading. There are many conflations people make and they overstate the benefits and capabilities of the technologies but because the terminology is so much in flux it hides that.

Still, the revolutionary fervor around crypto is undoubtably seductive. Last week in New York, Patrick Byrne, the Utah-based CEO of Overstock.com, came through New York to promote the launch of an alternative trading system for tokens named tZERO.

Byrne, a Cambridge University philosophy graduate, explained that bitcoin and its derivatives were a way for people to check out of financial institutions we dont trust in anymore.

With blockchain technology, we can create a version of Wall Street where no one can cheat and where all kinds of mischief cannot even occur. Crypto currency gives us a way to communicate value thats outside the control of any government mandarin, and I think thats good, he says.

And this is where Byrne and Walch beg to differ. As Walch says, the crypto sector springs from a desire for tech to solve human problems and to establish an alternate setting where we trust code.

Centralized government is corrupt, the financial sector is flawed. We cant trust it, so lets go to a place were we dont have to trust other people this is the messaging. Of course, the truth is you havent escaped humans, and you dont get away. You just move from one power structure to another. But people are so desperate to get away that theyre buying the messaging, says Walch.