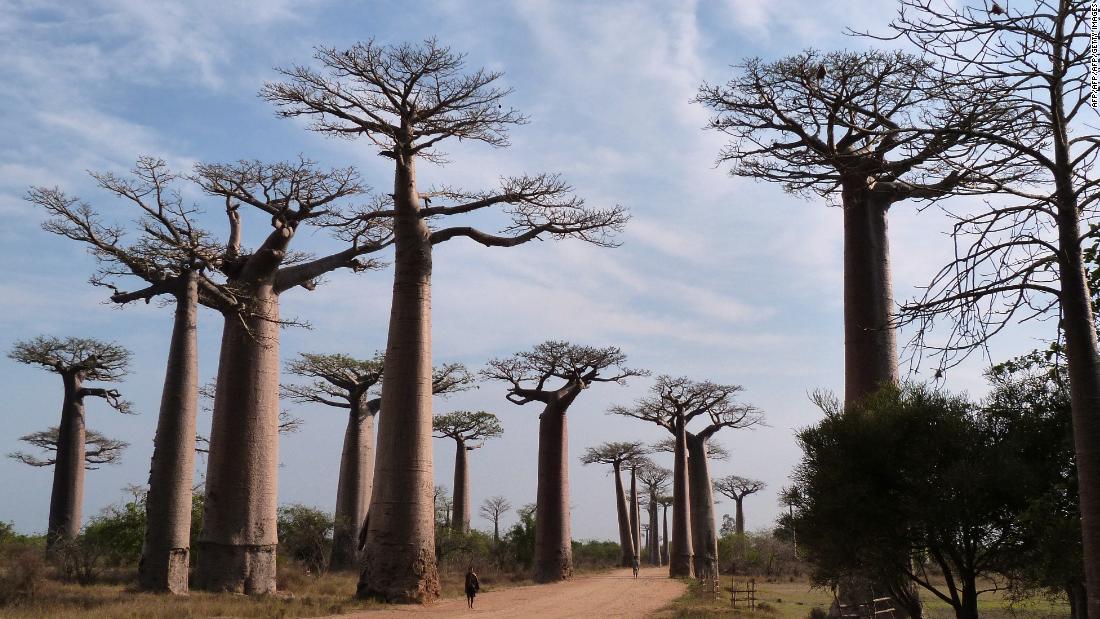 (CNN)Every year, about 15 billion trees are cut down globally, and across Africa, deforestation rates has surpassed the global annual average of 0.8 percent.

One reason for this is that people living in rural areas in Africa still depend on wood from felled trees for their cooking, according to the Africa Energy Outlook 2019 report.

‘My Roots in Africa’

An African startup is trying to be a part of the solution to this deforestation crisis. The Most Influential People of African Descent (MIPAD), a group working to bridge the gap between Africans in the diaspora and those living on the continent, wants people to have roots in Africa — literally.
Through a social impact initiative, the group wants to plant and assign more than 200 million trees across Africa by 2024 before the end of the UN International Decade for People of African Descent.
From any part of the world, My Roots in Africa Project, makes it possible for anyone to place a request to have a tree named, planted or gifted in honor of themselves or anyone they love. 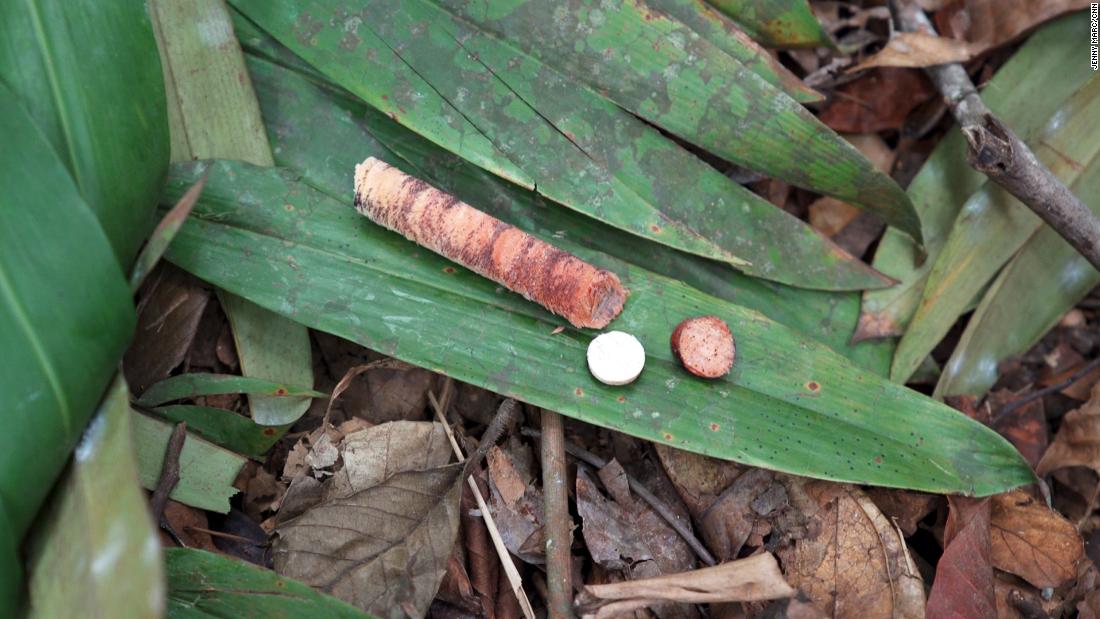 “My Roots in Africa is…Uber for trees, connecting local communities impacted by pollution or deforestation, with global citizens looking to plant their roots in Africa,” said Kamil Olufowobi, MIPAD’s Founder and CEO.
“It presents an opportunity where Africa wins, the diaspora wins, and all of humanity wins. It supports the diaspora to reduce their barrier of entry to Africa.
The new initiative will be officially launched in February 2020 on the sidelines of the African Union Summit and aims to drive support for the Great Green Wall while also promoting climate action one of the United Nations’ Sustainable Development Goals.
“For every new tree that is planted, we can name one that is existing after you. Many diasporans want to connect to Africa and there is a deep sentimental and emotional connection that this program brings which is ‘now I have roots in Africa’,” Olufowobi told CNN.
To further personalize the service, MIPAD partnered with Decagon Institute to deploy data science and artificial intelligence to identify and geo-tag trees planted using blockchain technology.
This will enable its subscribers to know the exact location of their allocated tree and be able to see it using satellite imagery including Google Maps. It also helps prevent allocating the same tree to more than one person.

MIPAD says it is already working with city parks and forestry departments in every major African city to help people plant their tree remotely.
“We get the orders placed and the park and forestry departments are the ones who do the implementation. They are the owners of the trees, all we are doing is being the voice of Africa to the diaspora saying ‘you can support Africa and in return, you can have your root planted,” Olufowobi said. 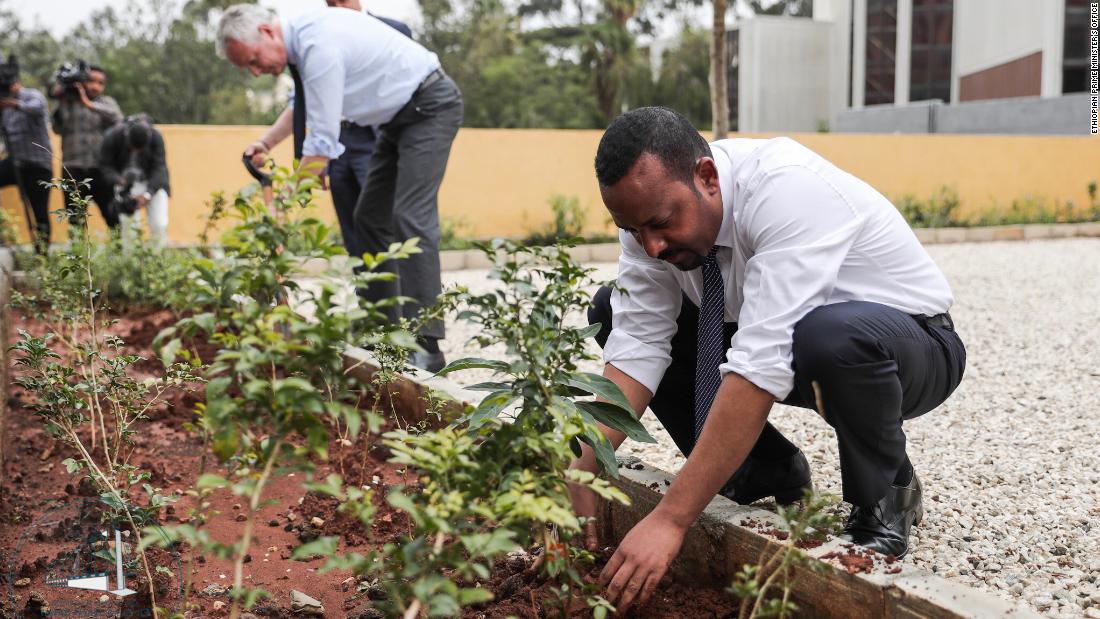 MIPAD is banking on its history of connecting Africans to get them involved in the project.
In line with the UN’s declaration of the International Decade for People of African Descent, MIPAD identified people of African descent from all parts of the world and has so far honored around 500 people in over 60 countries.
Several African countries are also planting trees.
In July 2019, Ethiopia planted 350 million trees in a day, setting a new world record. The government has also joined more than 20 other African nations in pledging to restore 100 million hectares of land as part of the African Forest Landscape Restoration Initiative.
About five months after this feat, Nigeria’s President Muhammadu Buhari announced that the continent’s most populous country will plant a further 25 million trees as part of the Great Green Wall — an ambitious project aiming to plant trees spanning 8000 km and stretching the breadth of Africa from Senegal to Djibouti.

‘Africa is our collective responsibility’

The continuity of long-term projects such as planting millions of trees and combating climate change is a major concern in several African democracies where incoming governments often disregard or abandon long-term projects by their predecessors.
Olumide Idowu, co-founder of the International Climate Change Development Initiative argued that afforestation projects will help Africa to tackle threats posed by climate change such as floods, droughts and heat stress and forests. 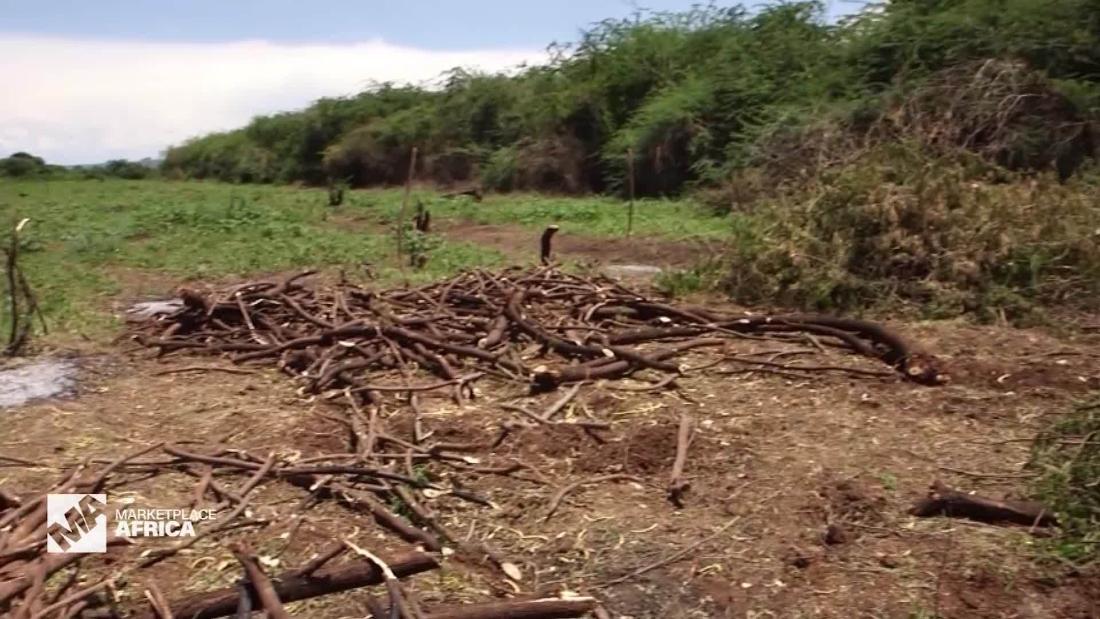 Can Kenya sustain its charcoal consumption?

Idowu said developed countries can help preserve Africa’s forests if they reduce the demand for tropical hardwoods considering that the timber export market is a big driver of deforestation.
To repair the damage that has been done already and to secure the future of the continent’s forests, the MIPAD CEO said Africa needs help from around the world.
“All of humanity, we were Africans first before we were anything else.”
Therefore, Africa is our collective responsibility. This is not restricted to people of African descent, this is open to all of humanity for you to support Africa and have your root planted right here on African soil,” Olufowobi told CNN.