You are here: Home / cryptocurrency / Theres an $814 Million Mystery Near the Heart of the Biggest Bitcoin Exchange

Among the many mysteries at the heart of the cryptocurrency market are these: Does $814 million of a digital token known as tether really exist? And what is tether’s connection to Bitfinex, the world’s biggest bitcoin exchange?

This is the state of crypto in late 2017, where questions about the companies behind the currencies are multiplying with the profits. While cryptocurrencies appeal to people who lack faith in governments and banks, the digital assets often require a blind trust in companies about which few facts are available. 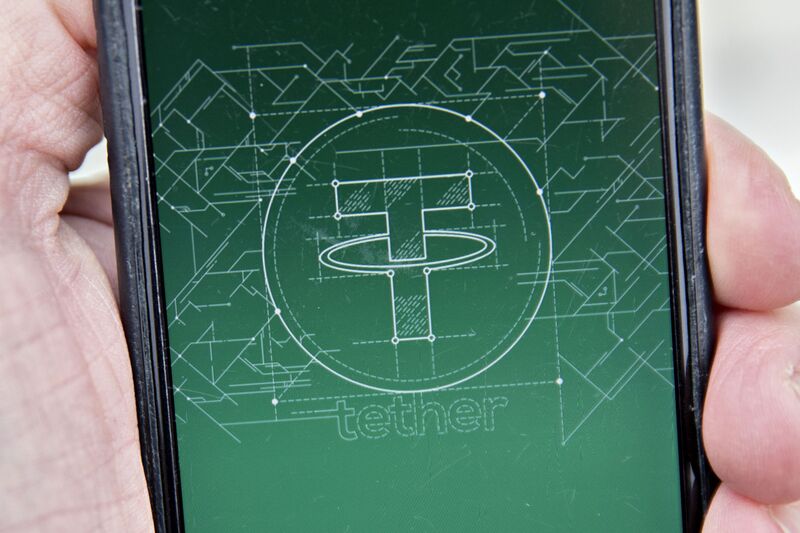 Read More: Bitcoin Heads to Wall Street Whether Regulators Are Ready or Not

Take tether. The currency, which started trading in 2015, is described as a stable alternative to bitcoin’s wild price swings. A restaurant owner who accepts bitcoin but fears its volatility could shift bitcoin into tether, which can be easier to do than exchanging bitcoin for dollars. Its price has stayed near $1 for most of its life because Tether, the company behind the digital token, says that every tether is backed by one U.S. dollar held in reserve. Since there’s $814 million of tether circulating, there should be $814 million parked in bank accounts somewhere.

Not everyone believes there is.

“Is there anything backing this?” said Tim Swanson, who does risk analysis for blockchain and cryptocurrency startups. Swanson, also director of research at Post Oaks Labs, said he fears problems with tether could hobble exchanges that trade it. “If these aren’t backed 1-to-1, then what is the contagion risk if one of these exchanges goes down?” 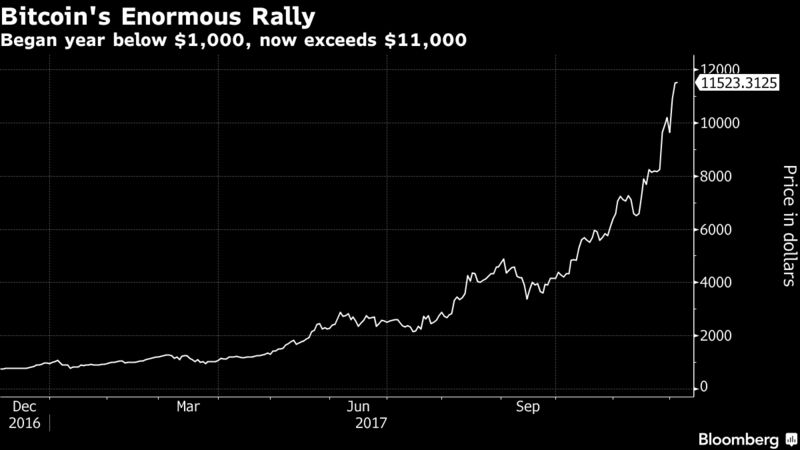 Some wonder whether tether has helped pump up the price of bitcoin, which recently surpassed $11,000 after beginning the year below $1,000. Charlie Lee, creator of Litecoin, the world’s seventh-largest cryptocurrency, wrote in a Nov. 30 Twitter post, “There’s a fear going on that the recent price rise was helped by printing of USDT (Tether) that is not backed by USD in a bank account.”

Little public information exists about how tether is created, fueling questions, said Barry Leybovich, a product manager at IPC System who creates risk and compliance products for financial institutions interested in blockchain applications. The market believes that each tether is worth $1, even if they’re not actually backed by that money, and trades of tether for bitcoin at Bitfinex are helping drive up the price of bitcoin, he said.

Tether’s website makes a claim that’s unusual among cryptocurrencies: “every tether is always backed 1-to-1 by traditional currency held in our reserves.” The site also says each tether can be redeemed for $1. But its terms of service say: “There is no contractual right or other right or legal claim against us to redeem or exchange your tethers for money. We do not guarantee any right of redemption or exchange of tethers by us for money.”

On Dec. 2, Bitfinex released a quarterly report announcing it would no longer serve U.S. customers because it’s too expensive to do business with them. This followed Wells Fargo & Co.’s decision earlier in the year to end its role as a correspondent bank through which customers in the U.S. could send money to Bitfinex and Tether’s banks in Taiwan. Bitfinex and Tether filed suit against Wells Fargo, but later withdrew the case.

“We continue to experience banking bottlenecks for some customers, but are proceeding to open accounts around the world,” according to the quarterly report. “While we have some clear challenges, please note that tens of millions of dollars continue to flow in and out of Bitfinex daily. Although not available to everyone, these fiat flows have been sufficient to keep our market in alignment with other exchanges as we continue to gain market share.”

Bitfinex and Tether identified four Taiwanese banks in the Wells Fargo lawsuit. However, Ronn Torossian, a spokesman for Bitfinex and Tether, refused to identify their current banks unless a reporter signed a non-disclosure agreement, an offer that wasn’t accepted.

Wladyslaw Klazynski, the bank’s chief executive officer, wouldn’t confirm if any accounts have been opened by Bitfinex clients, citing Polish financial law that forbids revealing client data. “We are in touch with the Polish financial market watchdog in order to explain media information” about the situation, he said in a phone interview, adding that his firm isn’t “financially engaged” with any company trading bitcoin.

Neither Tether nor Bitfinex disclose on their websites or in any public documents where they’re located or who’s in charge, but information is available elsewhere.

Jan Ludovicus van der Velde is CEO of both Bitfinex and Tether, Torossian said by email on Dec. 3. A LinkedIn page for someone named J. L. van der Velde, who identifies himself as Bitfinex’s CEO, says he speaks Dutch, English, German, Italian and Chinese, attended National Taiwan Normal University from 1985 to 1988 and was previously CEO of PAG Asia Inc.

Phil Potter is a Tether director, according to documents — dubbed the Paradise Papers — recently leaked by the International Consortium of Investigative Journalists. He’s also the chief strategy officer at Bitfinex. A graduate of Yale University, Potter worked as a derivatives analyst for Morgan Stanley and then moved to the private client services unit at Bear Stearns Cos., where he worked on technology infrastructure and software design. He’s given many interviews that can be found on YouTube, including Q&As after Bitfinex was hacked last year.

Oguz Serdar said he tried tether, but came away disappointed. When Turkey banned PayPal last year, he began using bitcoin to pay contractors working with his advertising technology company, then started investing in it on his own. When he feared bitcoin was poised to drop, he said he shifted funds into tether. “It’s a way to park your gains,” he explained in a telephone interview. “It’s what you do temporarily.”

He said that in early November he tried to cash out $1 million of tether, a request Tether refused.

“Due to ongoing banking difficulties we are only able to process requests for verified corporate customers,” Serdar was told by Tether, according to emails he shared with Bloomberg News. Serdar said the company stated that its currency was backed by reserves, meaning it was one of few places to exchange tethers for dollars, and while he didn’t have an account he approached them to find out who they banked with.

Tether, Serdar says, declined to disclose its banks and instead recommended in an email that he try to sell on one of the exchange partners it lists on its website. More than a dozen names appear there, but many don’t offer investors a way to exchange tether for dollars. One that does is Kraken, but Serdar didn’t think that market could handle his trade. “The demand side is entirely empty there,” he said. “You try to sell $1 million of U.S. dollar tether, the price crashes to zero, so you don’t do that.”

Serdar “doesn’t have any money with us and he never did,” Torossian said. “The customer in question was flagged as suspicious because of numerous irregularities,” he added. “If this customer wishes to complete our KYC process properly, we may review this matter further. Until that time, this individual will not be permitted to do business with us,” he said, referring to know-your-customer regulations that require financial firms to vet their clients.

Serdar said he alerted the U.S. Treasury Department and the Justice Department about his concerns regarding Tether through an online tip website, but hasn’t heard back. As for how the company characterizes him now, he said, “they’re speculating on me being some type of enemy.”

On Dec. 3, Bitfinex said it had hired law firm Steptoe & Johnson LLP because of “false claims and related activity by various parties,” according to an emailed press release. “To date, every claim made by these bad actors has been patently false and made simply to agitate the cryptocurrency ecosystem,” Stuart Hoegner, counsel for Bitfinex, said in the statement.

Serdar says he eventually traded his $1 million tether stake for bitcoin. “I don’t think they have even $100 million or $200 million in a legitimate country,” he said. “It’s the elephant in the room, but a lot of people don’t want to talk about it because they’re invested in it.”