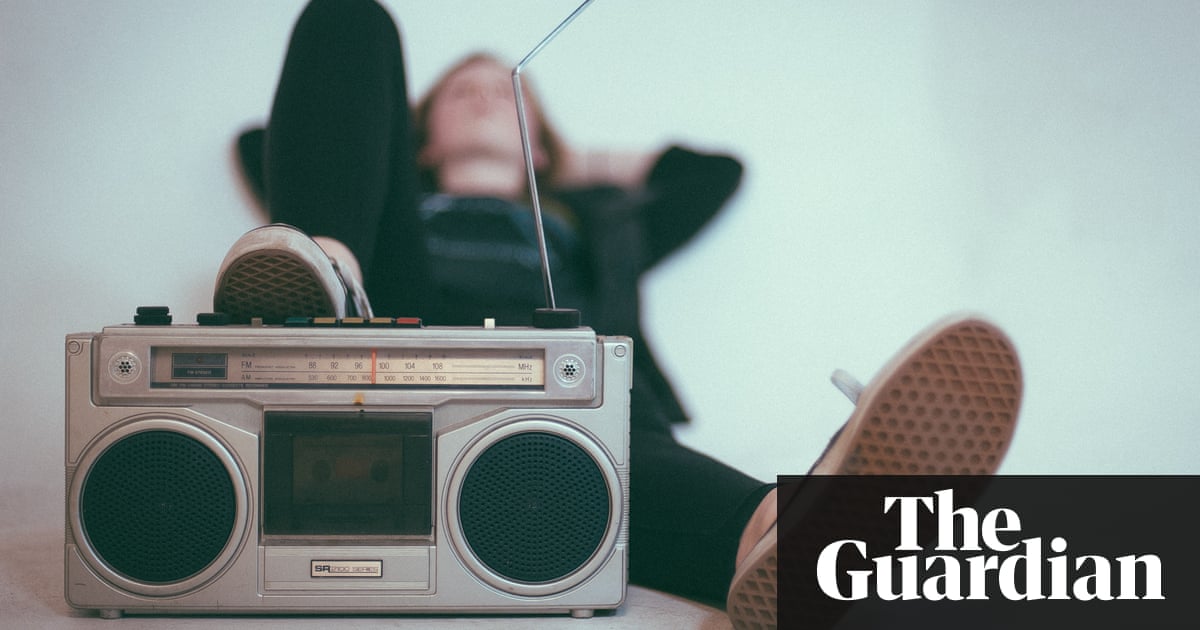 Jon Davies has set out on a career creating experimental music about the exploitation of people and the environment. Like many independent artists, Davies doesnt expect to earn much profit from digital downloads or streams of his music, so he relies on a handful of side hustles to make a living.

He works five days a week as an usher at a local music venue in Liverpool. He also seeks out freelance writing gigs and performs at Cafe OTO in order to scrape together the 500 needed to pay his monthly rent and bills. Making money off his music online just isnt in the picture.

From my own experience, I tend to just not make any money from streaming [services], Davies says.

He has been making music under the alias Kepla for around three years. He was searching for an alternative to big streaming platforms like Spotify, which pay artists tiny amounts of royalties per stream, when he came across Resonate.

Resonate, based in Berlin and established by founder and CEO Peter Harris in 2015, aims to put the money and power in the hands of the artists. It does this through three main selling points: an alternative to a monthly subscription service, an innovative technology that allows for a more transparent and efficient way of paying artists, and its cooperative model.

Harris is a musician and electronic artist. After trying out his music on various streaming platforms, he realized that none could offer him the experience he wanted so he created his own.

According to the Trichordist, each time a song is streamed by a listener on Spotify, the artist earns an average of $0.00397 in royalties less than four-tenths of a cent. And yet, Spotify is the second most popular music streaming service, behind Apple Music, with 70 million paid subscribers worldwide.

Many independent record labels have refused to go on record because theyre afraid that if they criticize Spotify, theyre somehow going to get blacklisted, Harris says. Thats a really dangerous power dynamic, and it also reveals that theres a strong desire for something different.

He says comparisons to Jay-Zs Tidal, which also claims to give more power and profit to the artists, are off the mark.

If they had gotten up onstage at [Tidals] big announcement and next to every one of those stars was someone totally unknown, and theyd said: Were going to build a service for the big names and people you havent heard of, then maybe Resonate would have never needed to exist, Harris says. The reality is, the artists who own it are a very small handful of extremely rich stars. We contrast that against Resonate, where every single artist and member owns it.

According to a 2014 report from MIDiA Research, 77% of recorded music revenue goes to the top 1% of artists.

Ive experienced firsthand how hard it is for artists from these backgrounds to actually make money, says Natalia Linares, a board member for Resonate.

Linares worked in the music industry for 12 years as a publicist and manager for independent artists, experiencing how unfair the business is, especially for artists from minority backgrounds.

Its very exploitative, and models like Spotify and iTunes arent built to sustain a class of artists, she says. If [Resonate] can work, and we can build this and show that it is possible to build a platform that artists and listeners actually share and benefit from, that would be a huge contribution. Its something worth fighting for and being a part of.

Resonate is a cooperative, and because of that artists, board members and listeners all have stake in the company and participate in decision-making. According to its website, 45% of Resonates annual profit is distributed to artists, 35% to listeners and 20% to paid staff.

Resonates alternative to a monthly subscription service is based on a stream-to-own model. Listeners pay a cheap price for streaming a song for the first time, which doubles with each play until it is comparable to the price of a regular iTunes download, $1.29. After nine plays, the song is completely paid for, and the listener can download it from the service.

It takes somewhere between 150 to 200 plays on Spotify to reach the price of an [iTunes] download, and we do that in nine, Harris says.

Resonate also uses blockchain, the online ledger technology behind bitcoin and other cryptocurrencies, to create a more transparent way of tracking and distributing payments as well as more user privacy and power over personal data and interactions on the service.

Blockchain allows for the use of smart contracts, which could be a more efficient and seamless method for paying artists.

You can have a smart contract that says send 30% to the singer, 25% to the guitar player, and split up the rest among the other four members of the band, Harris says. The smart contract will receive the money then distribute it out instantly.

Davies says the blockchain aspect is one of the main factors that drew him to Resonate.

As an underground artist, [I think] its not good politics to be dismissive of a technology like the blockchain, which looks like its going to be sooner rather than later a very important way we not only approach things like currency, but also the way we approach contracts and agreements and the documentation of digital goods, Davies says.

He believes Resonate will be more beneficial for artists once it catches on and as more people start to use it for streaming. Harris says the service has almost 5,000 total members, 1,000 of whom are listeners.

In March, Resonate received a $1m investment from RChain, a Seattle-based blockchain system cooperative, to further develop its technology.

Isabelle Morrison is a solutions reporting intern for Yes You can find her on Twitter.

Looking for more great reporting on solutions to social and political issues from Yes! magazine? Try these links:

If you’re looking for 50 Cent you can probably find him in the club, celebrating his new Bitcoin fortune worth over $7 million.

Yeah. Apparently years ago while you were all snoozing on the future cryptocurrency fad, rapper 50 Cent “took a chance” on Bitcoin and started accepting the digital coin as payment for his music.

He essentially forgot all about it, until the recent Bitcoin boom reminded him, and has since realized the move seriously paid off.

The rapper’s unexpected riches were first reported by TMZ on Tuesday, who noted 50 Cent first started accepting Bitcoin as payment after releasing his 2014 album, “Animal Ambition.”

Back then the currency was valued at around $662 per Bitcoin, so people could buy an album for a teeny tiny fraction of a bitcoin.

“Animal Ambition” reportedly earned around 700 Bitcoin in sales according to TMZ’s sources, which already uh translates to more than $400,000 in 2014 dollars.

A little bit coin anyone ? LOL. l know l make you sick but excuse me I’m getting to the bag 💰#denofthieves

In 2018 Bitcoin’s been booming, and the current value of the rapper’s forgotten digital currency is around $7.7 million based on today’s Bitcoin price. Casual.

50 Cent addressed the news on Instagram, sharing a screenshot from the TMZ article with the caption, “Not Bad for a kid from South Side, I’m so proud of me. LOL #denofthieves”

Not Bad for a kid from South Side, I’m so proud of me.🤷🏽‍♂️💰LOL #denofthieves

While Bitcoin’s had a good run the past few months, it’s been crashing recently so 50 might want to make some moves.

Perhaps these valuable life experiences will lead to a future Bitcoin rap album: “Get Rich on Bitcoin, or Die Tryin.”

WATCH: This bitcoin wallet claims to be hack-proof

Ghostface Killah of The Wu-Tang Clan.

A lot has changed since the ’90s — just ask Wu-Tang Clan’s Ghostface Killah, whose world is now ruled by cryptocurrency instead of dollar dollar bills y’all.

Cream — which stands for “Crypto Rules Everything Around Me” in celebration of Wu Tang’s hit ’90s anthem, and has even been granted a trademark — hopes to raise $30 million in funding from the sale of digital tokens.

According to the website, the firm is developing digital currency called Cream Cash in the form of tokens that will equal the value of a U.S. dollar at all times. Cream Dividends will also be available so people can manage their tokens and exchange them for Bitcoin, Ethereum, and Litecoin.

But as for how Ghostface Killah got involved in the cryptocurrency business, co-founder and CEO Brett Westbrook told Pigeons and Planes he’s been a long-time, trusted business partner.

“I personally connected with him during a Reddit AMA on /r/hiphopheads last year when he was seeking tech-inclined people to work with in future technology focused projects,” Westbrook said. “Dennis is a very forward thinking person and has a keen interest in emerging technologies. It’s hard to ignore blockchain tech today even when you’re a busy, touring hip hop artist.”

And though Ghostface has no technical background with cryptocurrencies, Westbrook is confident the Wu-Tang member will succeed. “Remember that Wu-Tang is for the children. He is very focused on what the youth and millennials are interested in. He is a very solid businessman and has surrounded himself with bright individuals with a hunger for bring new, groundbreaking technologies to market,” Westbook said.

“Remember that Wu-Tang is for the children”

Ghostface is serving as the company’s chief branding officer, so it’s his job to promote the company in innovative and endearing ways. Who knows, maybe if we’re lucky the clan will even get together to remake their hit song.

Though the company’s token sale isn’t until Nov. 11, Cream Capitol’s long-term goals already look promising. “By 2020, we intend to capture more than half of the global cryptocurrency ATM market and make cryptocurrencies more accessible to the general public than ever before,” the company explained in a press release.

To learn more about the Cream eco-system, you can read the company’s white paper. Go forth and dive into the world of cryptocurrency, but as always, remember to protect ya neck.