Crypto-broker BitPanda is now officially Australia’s first fintech unicorn after raising $170 million from a Series B round, reports reveal.

The funding was headed by Valar Ventures and is coming barely six months after the firm raised $52 million from its first funding. With the latest funding, BitPanda is now valued at $1.2 billion.

The funding round also featured partners from investment firm DST Global, founded by Yuri Milner. DST Global has also invested in other ventures, including in American-based crypto-friendly stock trading app Robinhood. Although this is the first time DST is investing in Bitpanda, the other company Valar was involved in the company’s first funding round last year

The growth recorded in several areas

After concluding its Series A funding, the crypto broker has gained in several areas, including in the area of profits. Its revenue in the first two months of the year has already surpassed its revenue for the whole of 2020. Besides, the company’s user base has grown to 2 million registered users from 1.3 million within the past six months.

BitPanda’s mobile and desktop app offer access to over 50 investment assets, including precious metals and cryptocurrencies.

The firm is also planning to a new asset class such as ETFs and stocks within the year. Additionally, it has started taking price orders for a new Visa card that will be combining all assets such as precious metals, fiat, as well as crypto assets.

Co-founder and chief executive officer of Bitpanda Eric Demuth commented on the development. He said in a short time, retail investors will have access to a wide range of investments. “We already have plans in place to bring our offer to several new markets,” he added.

More expansion on the horizon

Bitpanda has been expanding its operations to several countries in recent months. Presently, the firm has a presence in Poland, Italy, Turkey, Spain, as well as France.

Last December, the company set up a tech innovation hub in Krakov with hopes of doubling its workforce. Bitpanda revealed there are plans to add more tech hubs and offices in Berlin, Paris, London, Barcelona, and London.

Demuth said the company wants to expand globally and has put plans in place for such expansion. It also wants to expand its financial products and bring them close to new audiences.

In the future, Bitpanda hopes to introduce the trading of exchange-traded funds as well as fractional shares on its platform.

Brex, the fintech business that’s taken the startup world by storm with its sought-after corporate card tailored for entrepreneurs, is raising millions in Series D funding less than a year after it launched, TechCrunch has learned.

Bloomberg reports Brex is raising at a $2 billion valuation, though sources tell TechCrunch the company is still in negotiations with both new and existing investors. In response to a request for comment, Brex co-founder and chief executive officer Henrique Dubugras told TechCrunch they have no news to announce at this time.

Kleiner Perkins is leading the round via former general partner Mood Rowghani, who left the storied venture capital fund last year to form Bond alongside Mary Meeker and Noah Knauf. As we’ve previously reported, the Bond crew is still in the process of deploying capital from Kleiner’s billion-dollar Digital Growth Fund III, the pool of capital they were responsible for before leaving the firm.

Bond, which recently closed on $1.25 billion for its debut effort and made its first investment, is not participating in the round for Brex, sources confirm to TechCrunch. Bond declined to comment.

Brex, a graduate of Y Combinator’s winter 2017 cohort, has raised $182 million in VC funding, reaching a valuation of $1.1 billion in October 2018 three months after launching its corporate card for startups and less than a year after completing YC’s accelerator program.

Most recently, Brex attracted a $125 million Series C investment led by Greenoaks Capital, DST Global and IVP. The startup is also backed by PayPal founders Peter Thiel and Max Levchin, and VC firms such as Ribbit Capital, Oneway Ventures and Mindset Ventures, according to PitchBook. 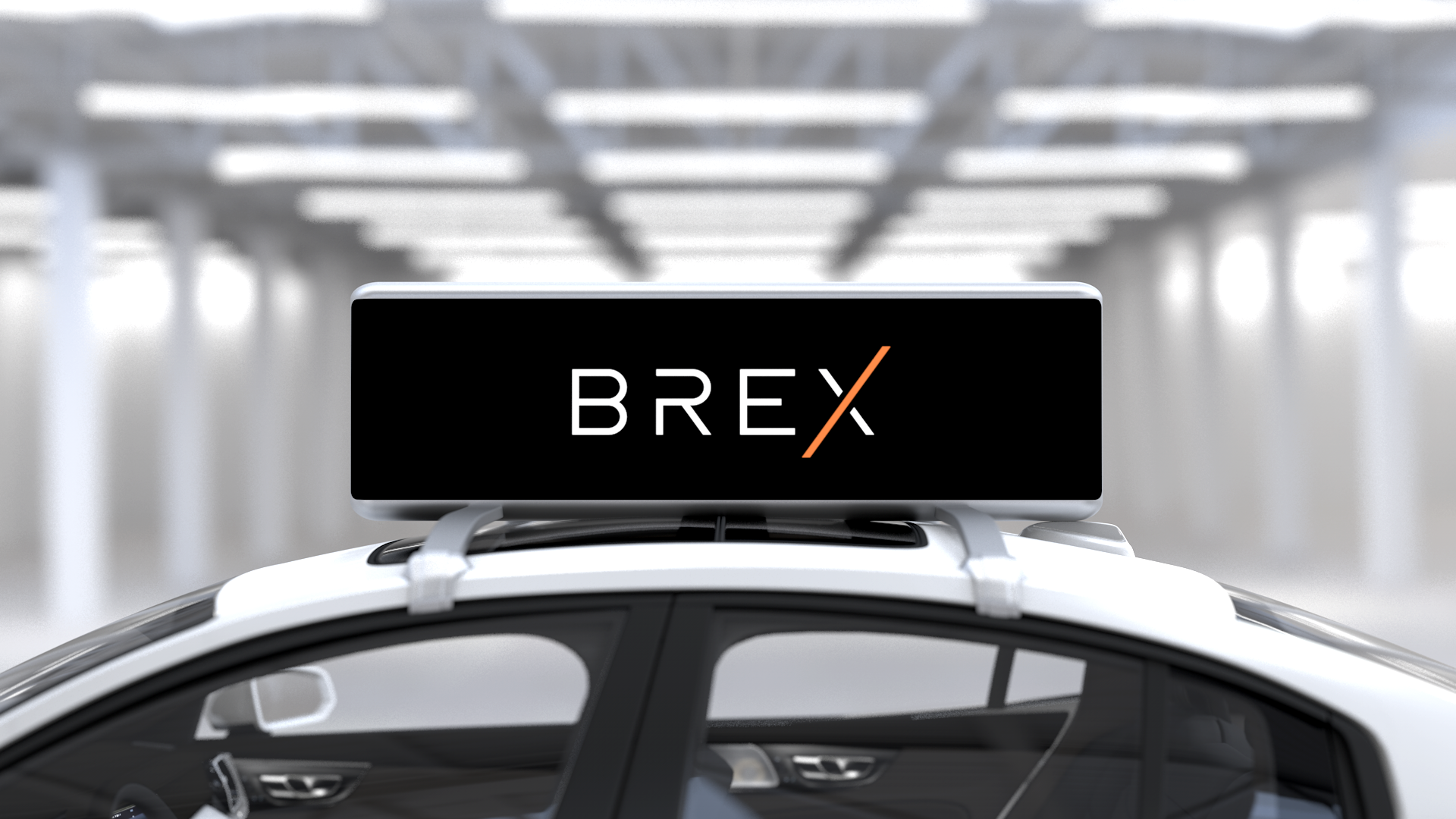 The company’s pace of growth is unheard of, even in Silicon Valley, where inflated valuations and outsized rounds are the norm. Why? Brex has tapped into a market dominated by legacy players in dire need of technological innovation and, of course, startup founders always need access to credit. That, coupled with the fact that it’s capitalized on YC’s network of hundreds of startup founders — i.e. Brex customers — has accelerated its path to a multi-billion-dollar price tag.

Brex doesn’t require any kind of personal guarantee or security deposit from its customers, allowing founders near-instant access to credit. More importantly, it gives entrepreneurs a credit limit that’s as much as 10 times higher than what they would receive elsewhere.

Investors may also be enticed by the fact the company doesn’t use third-party legacy technology, boasting a software platform that is built from scratch. On top of that, Brex simplifies a lot of the frustrating parts of the corporate expense process by providing companies with a consolidated look at their spending.

“We have a very similar effect of what Stripe had in the beginning, but much faster because Silicon Valley companies are very good at spending money but making money is harder,” Dubugras told me late last year.

Stripe, for context, was founded in 2010. Not until 2014 did the company raise its unicorn round, landing a valuation of $1.75 billion with an $80 million financing. Today, Stripe has raised a total of roughly $1 billion at a valuation north of $20 billion.

Dubugras and Brex co-founder Pedro Franceschi, 23-year-old entrepreneurs, relocated from Brazil to Stanford in the fall of 2016 to attend the university. They dropped out upon getting accepted into YC, which they applied to with a big dreams for a virtual reality startup called Beyond. Beyond quickly became Brex, a name in which Dubugras recently told TechCrunch was chosen because it was one of few four-letter word domains available.

In April, Brex secured a $100 million debt financing from Barclays Investment Bank. At the time, Dubugras told TechCrunch the business would not seek venture investment in the near future, though he did comment that the debt capital would allow for a significant premium when Brex did indeed decide to raise capital again.

In 2019, Brex has taken several steps toward maturation. Recently, it launched a rewards program for customers and closed its first notable acquisition of a blockchain startup called Elph. Shortly after, Brex released its second product, a credit card made specifically for e-commerce companies.

Its upcoming infusion of capital will likely be used to develop payment services tailored to Fortune 500 business, which Dubugras has said is part of Brex’s long-term plan to disrupt the entire financial technology space.

Brex, widely known for its billboards littered across San Francisco, has secured a $100 million debt financing from Barclays Investment Bank .

The company, which provides a corporate credit card designed specifically for startups, has previously raised $215 million in equity funding at a $1.1 billion valuation in the less than two years since it graduated from the Y Combinator startup accelerator.

Debt, Brex chief executive officer Henrique Dubugras tells TechCrunch, will power the company’s next phase of growth, which includes the launch of a credit card for large enterprises.

“Because we raised so much equity so fast, we put a lot of it to work on the lending; this will allow us to scale way beyond our equity,” Dubugras said, adding that the company has no plans to raise additional equity funding right now: “Especially after this debt raise because now a lot of the capital that was tied up we can get back.”

This year, the company has been putting its boatload of venture capital to work, taking the necessary steps toward maturation. Recently, Brex closed its first notable acquisition, poaching the blockchain startup Elph right out of YC in a deal that closed just one week before Demo Day. The Elph team brings their infrastructure security know-how to Brex, helping the company build its next product, a credit card for Fortune 500 companies.

Brex, which recently launched a rewards program tailored to startups needs, doesn’t require startups to provide a personal guarantee or security deposit. The company simplifies corporate expenses by providing companies with a consolidated look at their spending and gives entrepreneurs a credit limit that’s as much as 10 times higher than what they might receive elsewhere.