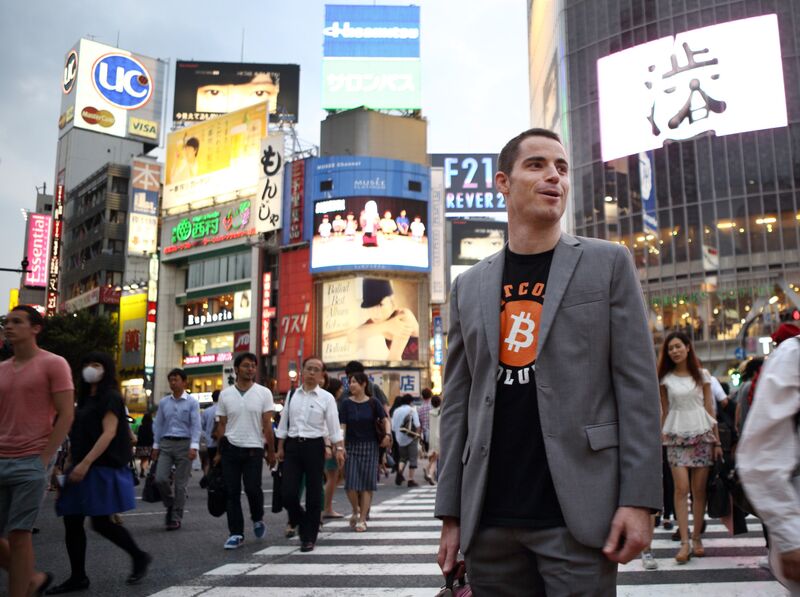 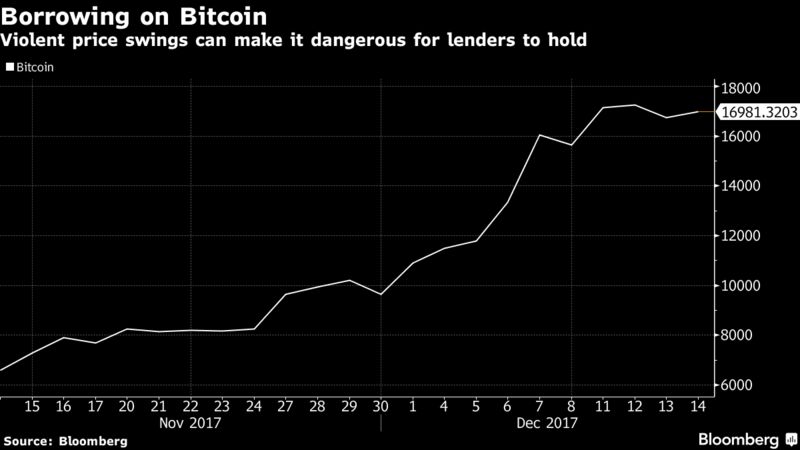 On Nov. 12, someone moved almost 25,000 bitcoins, worth about $159 million at the time, to an online exchange. The news soon rippled through online forums, with bitcoin traders arguing about whether it meant the owner was about to sell the digital currency.

Holders of large amounts of bitcoin are often known as whales. And they’re becoming a worry for investors. They can send prices plummeting by selling even a portion of their holdings. And those sales are more probable now that the cryptocurrency is up nearly twelvefold from the beginning of the year.

About 40 percent of bitcoin is held by perhaps 1,000 users; at current prices, each may want to sell about half of his or her holdings, says Aaron Brown, former managing director and head of financial markets research at AQR Capital Management. (Brown is a contributor to the Bloomberg Prophets online column.) What’s more, the whales can coordinate their moves or preview them to a select few. Many of the large owners have known one another for years and stuck by bitcoin through the early days when it was derided, and they can potentially band together to tank or prop up the market.

“I think there are a few hundred guys,” says Kyle Samani, managing partner at Multicoin Capital. “They all probably can call each other, and they probably have.” One reason to think so: At least some kinds of information sharing are legal, says Gary Ross, a securities lawyer at Ross & Shulga. Because bitcoin is a digital currency and not a security, he says, there’s no prohibition against a trade in which a group agrees to buy enough to push the price up and then cashes out in minutes.

Regulators have been slow to catch up with cryptocurrency trading, so many of the rules are still murky. If traders not only pushed the price up but also went online to spread rumors, that might count as fraud. Bittrex, a digital currency exchange, recently wrote to its users warning that their accounts could be suspended if they banded together into “pump groups” aimed at manipulating prices. The law might also be different for other digital coins. Depending on the details of how they are structured and how investors expect to make money from them, some may count as currencies, according to the U.S. Securities and Exchange Commission.

Asked about whether large holders could move in concert, Roger Ver, a well-known early bitcoin investor, said in an email: “I suspect that is likely true, and people should be able to do whatever they want with their own money. I’ve personally never had time for things like that though.”

“As in any asset class, large individual holders and large institutional holders can and do collude to manipulate price,” Ari Paul, co-founder of BlockTower Capital and a former portfolio manager of the University of Chicago endowment, wrote in an electronic message. “In cryptocurrency, such manipulation is extreme because of the youth of these markets and the speculative nature of the assets.”

The recent rise in its price is difficult to explain because bitcoin has no intrinsic value. Launched in 2009 with a white paper written under a pseudonym, it’s a form of digital payment maintained by an independent network of computers on the internet‚ using cryptography to verify transactions. Its most fervent believers say it could displace banks and even traditional money, but it’s only worth what someone will trade for it, making it prey to big shifts in sentiment.

Like most hedge fund managers specializing in cryptocurrencies, Samani constantly tracks trading activity of addresses known to belong to the biggest investors in the coins he holds. (Although bitcoin transactions are designed to be anonymous, each one is associated with a coded address that can be seen by anyone.) When he sees activity, Samani immediately calls the likely sellers and can often get information on motivations behind their sales and their trading plans, he says. Some funds end up buying one another’s holdings directly, without going into the open market, to avoid affecting the currency’s price. “Investors are generally more forthcoming with other investors,” Samani says. “We all kind of know who one another are, and we all help each other out and share notes. We all just want to make money.” Ross says gathering intelligence is legal.

Ordinary investors, of course, don’t have the cachet required to get a multimillionaire to take their call. While they can track addresses with large holdings online and start heated discussions of market moves on Reddit forums, they’re ultimately in the dark on the whales’ plans and motives. “There’s no transparency to speak of in this market,” says Martin Mushkin, a lawyer who focuses on bitcoin. “In the securities business, everything that’s material has to be disclosed. In the virtual currency world, it’s very difficult to figure out what’s going on.”

Ordinary investors are at an even greater disadvantage in smaller digital currencies and tokens. Among the coins people invest in, bitcoin has the least concentrated ownership, says Spencer Bogart, managing director and head of research at Blockchain Capital. The top 100 bitcoin addresses control 17.3 percent of all the issued currency, according to Alex Sunnarborg, co-founder of crypto hedge fund Tetras Capital. With ether, a rival to bitcoin, the top 100 addresses control 40 percent of the supply, and with coins such as Gnosis, Qtum, and Storj, top holders control more than 90 percent. Many large owners are part of the teams running these projects.

Some argue this is no different than what happens in more established markets. “A good comparison is to early stage equity,” BlockTower’s Paul wrote. “Similar to those equity deals, often the founders and a handful of investors will own the majority of the asset.” Other investors say the whales won’t dump their holdings, because they have faith in the long-term potential of the coins. “I believe that it’s common sense that these whales that own so much bitcoin and bitcoin cash, they don’t want to destroy either one,” says Sebastian Kinsman, who lives in Prague and trades coins. But as prices go through the roof, that calculation might change.

BOTTOM LINE – It’s not necessarily illegal for big holders of some cryptocurrencies to discuss trading with one another. That puts small buyers at a disadvantage.