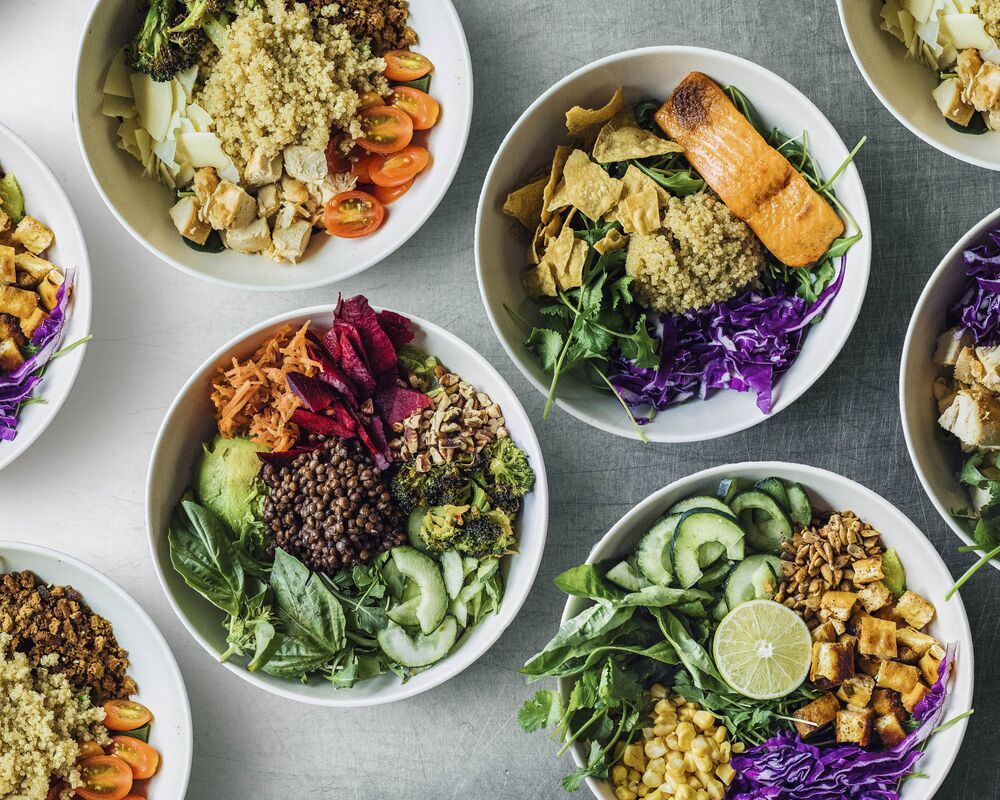 A bowl of Chicken Pesto Parm represents more than just a new dish on the Sweetgreen menu. That warm salad of roasted chicken, organic spinach, quinoa, spicy broccoli, and Middle Eastern spiced za’atar bread crumbs, with pesto vinaigrette and hot sauce, represents 3,000 hours of research and work with more than 150 farmers across the country to explore new ingredients.

It also marks the biggest change the innovative fast-casual salad chain has made in its 10-year history—a preemptive bid to  to stay ahead of rivals in the fast-growing, healthy-ish, bowl-food field (say that five times, fast) that Sweetgreen helped create.

Sweetgreen faces competition across the country from such traditional take-out salad spots as Chopt, Fresh & Co., and Salata, and more directly in the farm-to-take-out-bowl segment from Just Salad, Dig Inn, and the Danny Meyer-backed Tender Greens. The ’s Steve Cuozzo recently rated the latter better than Sweetgreen, in a review titled ‘Finally, a lunch salad spot that doesn’t suck.’

From an initial plan they hatched as Georgetown University students, Sweetgreen’s millennial founders, Nicolas Jammet, Jonathan Neman, and Nathaniel Ru, have raised $100 million. They now have 87 locations across the country; by the end of the year, they expect that number to reach almost 100.

On the face of it, Sweetgreen’s “big” change is merely the addition of new dishes to its menu. As of March 29, customers can find Spicy Thai Salad with roasted sesame tofu and a chile-infused cashew dressing; a Curry Chickpea Bowl that includes warm quinoa and a garden’s worth of crunchy shredded vegetables; Fish Taco, a mix of roasted steelhead, organic arugula, quinoa, cabbage, and tortilla chips; and Lentil + Avocado, with beets, walnuts, and a sweet and tangy balsamic vinaigrette. In some cases, the new dishes seem more like ingredient swaps: The Chicken Pesto Parm replaces the Pesto Portobello; before the Spicy Thai Salad, there was a Rad Thai salad with the same spicy cashew dressing but no tofu.

According to Jammet, each ingredient change represents intensive research. “It took us six months of testing lentils to get where we wanted to be on the avocado dish. We played with a variety of them to get where we are now.” That type of testing sounds brief in the world of such mega-franchisers as McDonalds, which can take years to introduce a new dish. For a nimble chain like Sweetgreen Inc., however, such a time commitment can seem an eternity. The company has been working on this update since 2014, testing multiple combinations of ingredients in its Culver City, Calif., glass cube of a test kitchen.

Still, the founders say that the most powerful tool Sweetgreen has is its tech-driven mentality: “We’ve been building for this digital revolution in food. We’re as invested in our tech team as we are in our supply chain team,” says Jammet.

Adds co-founder and Chief Executive Officer Neman: “We were the first to use blockchain as an application for food. We were one of the first in the category to release an app [in 2013]. We designed this new menu for flavor, and the analytics from our app allows us to find out what people are craving.” Customers were even preemptively notified that their favorite salad was going away. (R.I.P., OMG Omega.)

According to Neman, the company’s online ordering revenue is increasing at a rate of 80 percent year-over-year.

“By the end of 2018, we will have over 1 million people on our digital platform, and over 50 percent of orders will be processed through our app or online platforms,” he says. The company went cashless in 2017. At some locations in New York, customers don’t ever have to interact with a human; their food is waiting on a shelf to grab-n-go according to the honor system.

By comparison, fellow fast-casual star Chipotle Mexican Grill Inc.’s digital sales make up only 8.5 percent of average sales, according to Skift Table. That’s despite the fact that Chipotle was early to the food-app game; its 1.0 version came out in 2009. Newman credits Sweetgreen’s dominance to the more intuitive process of its mobile-ordering system: “We wanted to make sure our app mimicked our in-store experience, and we invested in thoughtful food photography.”

In return, the app has powered Sweetgreen’s research. “It’s the main way we understand ingredient popularity, capture feedback, and get smarter with the seasonal products we offer. It also lets us test-drive certain ingredients and see what people are ordering over and over again, as well as not coming back for,” says Neman.

“There’s been a request for heartier vegetarian options,” he continues. “Because of this, we started testing lentils and more roasted vegetables, which made their way to our new core menu.”

Sweetgreen also researched a more classic, non-salad chicken parm. “But our customers are health-conscious; real chicken parm makes them feel guilty. According to our data, our guests have more of a bowl-food mentality,” says Jammet.