She’s 7 and was born intersex. Why her parents elected to let her grow up without surgical intervention 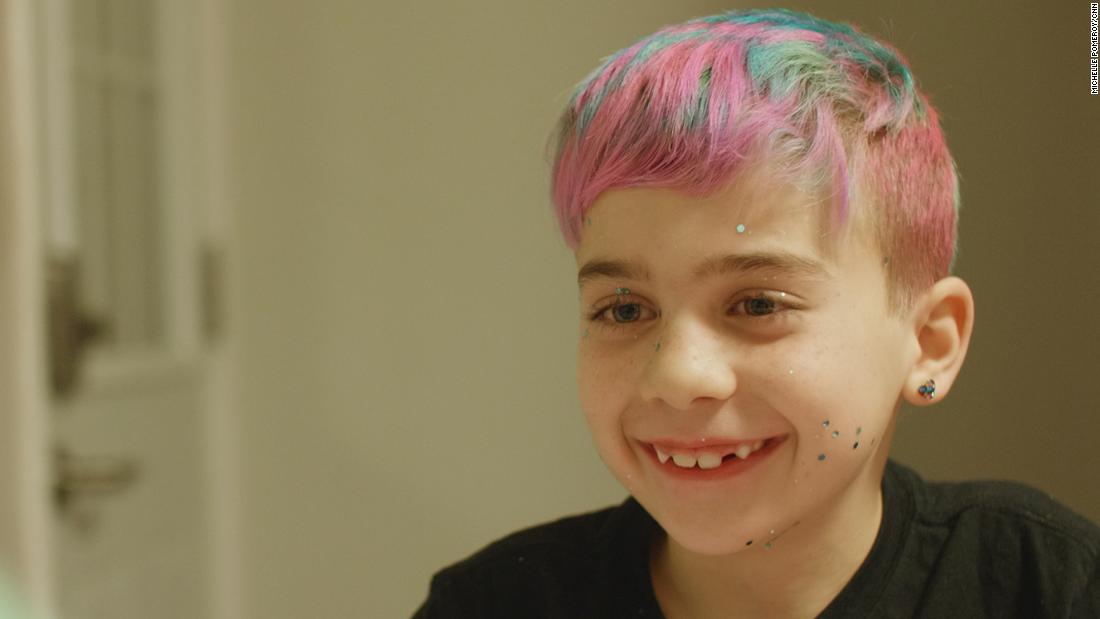 (CNN)Seven-year-old Rosie Lohman loves arts and crafts (especially any involving glitter), currently wants to be a DJ when she grows up, and happens to have been born intersex.

Intersex is an umbrella term used to describe people born with bodies that are perceived as differing from typical “male” and “female” categories.
She had two X chromosomes, so doctors considered her female, but she had external anatomy that appeared more traditionally male.
“It was me who noticed,” her father, Eric Lohman, said. “The nurse picked her up and showed her to us and I saw her body right away and noticed that she had what looked like a small penis.”
“I knew that surgeries were common for intersex kids, but I didn’t really understand how it would work,” Eric said. “And so, my fear at the time was that they were going to take Rosie out of the room, and they were going to suggest doing the surgery” right away.
The couple had reservations about doing elective surgery on Rosie before she had the ability to have a say in the matter, but they decided to hear out the surgeons’ arguments.
Rosie’s mother, Stephani Lohman, said she felt extremely pressured by the surgeons to consent to surgery even after she voiced her concerns about the procedure, including the evidence that these surgeries can have devastating side effects including a loss of sexual function, psychological trauma and life-long pain. 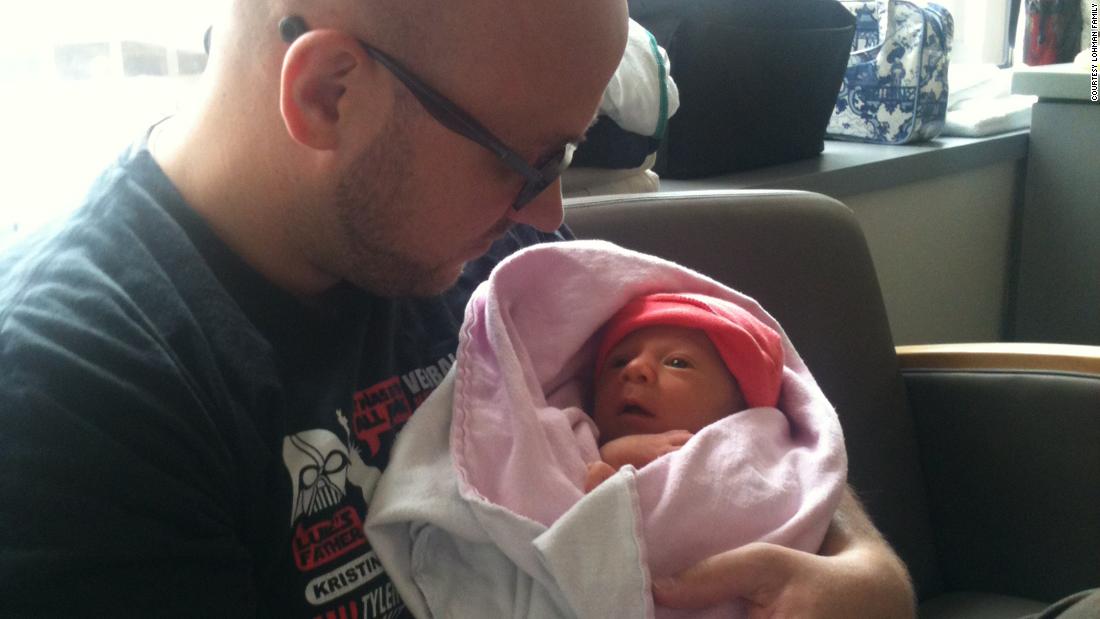 “When I met with the surgeon the first day, it was an intimidating day and it was overwhelming,” she said.
During a second meeting, Stephani says the surgeon brought what he referred to as evidence for proceeding with the surgery.
“It was photos of a fresh surgical vagina of an infant. And he turned the computer around,” Stephani said. “As if my concern was, do I think that the surgeon could do a good enough job cutting up my child?”
The Lohmans resisted doctors’ pressure and let Rosie grow up without any surgical intervention.

“Put something in the court of law”

Pending legislation in California and New York would effectively ban these surgeries in those places by requiring informed consent from the patient before a cosmetic genital surgery.
As of 2013, the United Nations has condemned the practice on the grounds that an infant cannot consent.
Three former US surgeons general agreed, writing in July 2017, “these surgeries violate an individual’s right to personal autonomy over their own future.” 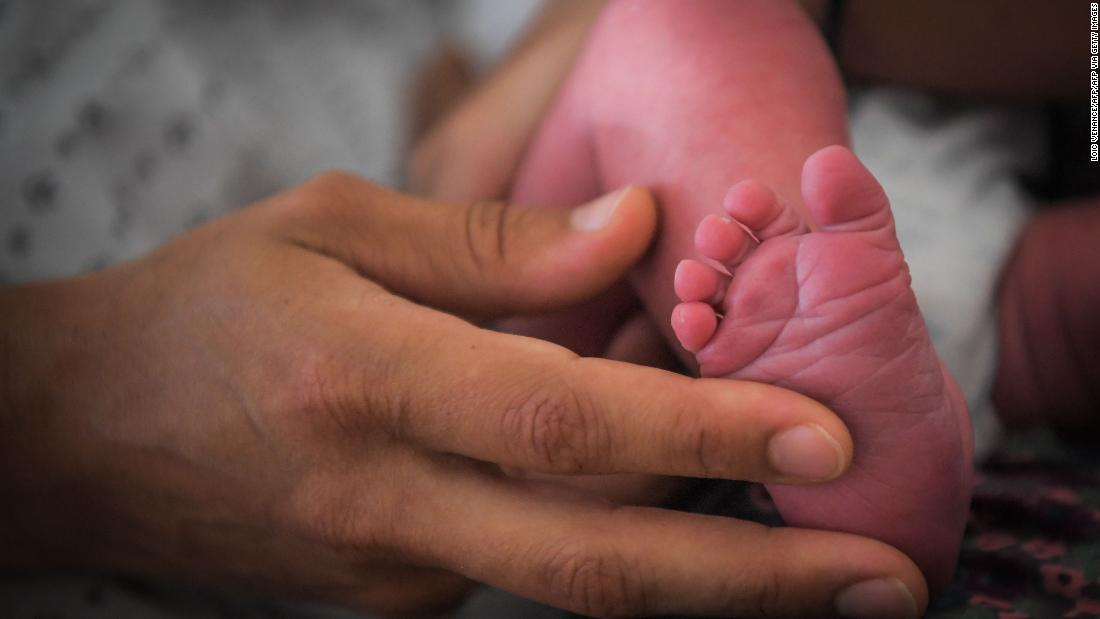 In 2017, Human Rights Watch concluded the surgeries violate a patient’s human rights. Their research found that these surgeries can cause life-long pain, scarring, loss of sexual function, the need for life-long hormone replacement and maintenance surgeries, and psychological harm similar to that of child sexual abuse victims.
Dr. Ilene Wong Gregorio is a practicing urologist and intersex rights advocate who supports the legislation.
“Doctors have been imposing their assumptions on heteronormativity and what a child should look like, and intersex bodies, for decades,” she said. “There are still people who practice outdated medicine and the only way to protect children from these people, who through culture or ignorance or hubris, are doing these things, is to actually put something in writing in the court of law.”
The bill in the California Legislature must pass a vote out of committee during a hearing on January 13 to advance to the next stage. A similar bill in New York will be introduced in the upcoming legislative session.
The intersex advocacy group InterACT, whose board Dr. Gregorio serves on, is a strong supporter of legislation to require informed consent before cosmetic genital surgeries.
“I’m absolutely not opposed to surgery in general, particularly when it’s medically necessary,” said Kimberly Zieselman, the executive director of InterACT who is an intersex woman herself.
“In fact, I support intersex people getting any kind of surgeries they themselves decide they want,” she said. “So, you know, it’s not that I’m … anti-doctor. We’re really just pro-consent. It’s all about bodily autonomy.”

However, there is strong opposition to this legislation.
Some patients with congenital adrenal hyperplasia, or CAH, say they are glad they had cosmetic surgery as infants, and fear a ban would harm people like them.
The CARES Foundation, a support group for CAH patients that opposes the legislation, said, “We believe that limiting early surgical access has the potential to create negative outcomes for those in our community, so we are opposed to all legislation that broadly bans surgical options, as surgical decisions should be made between healthcare providers and families, not legislators.”
The Societies for Pediatric Urology did not respond to CNN’s multiple requests for comment, but previously issued a statement opposing similar legislation in the past:
“Each of our patients is unique. The decision of what is ‘medically necessary’ is different for each patient. Proposals of a blanket ban on surgery would not only threaten the care of children with intersex conditions by denying access to surgery by erroneously deeming it ‘unnecessary,’ but it would even deny surgery to infants and children without intersex conditions who would be placed inadvertently under an overarching umbrella of legislative proposals.”
Other organizations, including the California Medical Association, oppose the legislation for similar reasons.

Rosie is now in the process of figuring out her gender identity on her own terms. While she says she still likes to use female pronouns for now and wants to keep her name, Rosie says that sometimes she feels like a boy and other times, nonbinary.
“Because I am both!” she said.
She has one piece of advice for new parents of any intersex baby who might be worried for their future, offered with a smile.
“Calm down!”