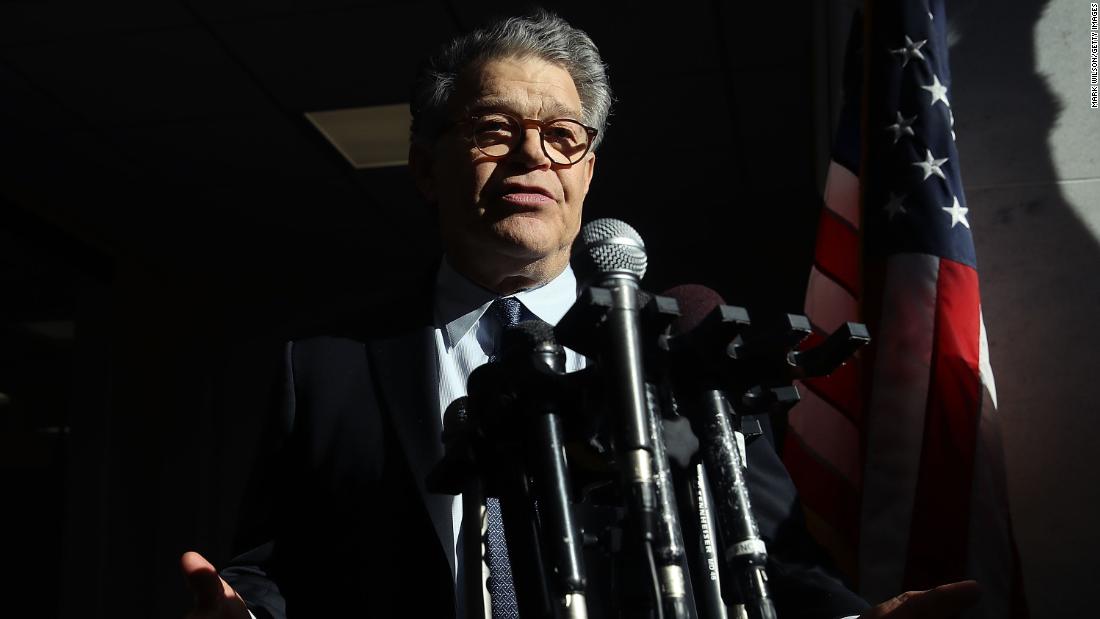 (CNN)Here’s what you might have missed on CNN today:

The President announced the US will move its embassy, drawing sharp criticism from international leaders.

Democratic senators have called for Al Franken to resign as allegations of sexual harassment against him continue to mount.

More than 83,000 acres have been burned as firefighters struggle to contain simultaneous wildfires in Southern California. You can see all the latest about the wildfires here.

Time magazine has named all the people who have come forward to report sexual misconduct as this year’s Person of the Year.

Mayoral candidate: ‘It’s not over yet’

The digital currency keeps smashing records as it leaped above $12,000 for the first time.

— Willie Taggart was tapped from Oregon to be Florida State’s new head football coach. Taggart will be the first black man in the school’s history hired to hold the position.
— Beyoncé made a surprise appearance at the 2017 Sports Illustrated Sportsperson of the Year Awards. The pop star presented the Muhammad Ali Legacy Award to Colin Kaepernick.
— Musician John Mayer is recovering after undergoing an emergency appendectomy.
— Hugh Jackman explained why he turned down the opportunity to be the next James Bond. (CNN)Should rich and poor shoppers be charged different prices at the grocery store? Some experts say that would actually help the economy.Here’s what else you…