You are here: Home / cryptocurrency / Postmates CEO: Gig workers deserve better than what we have given them 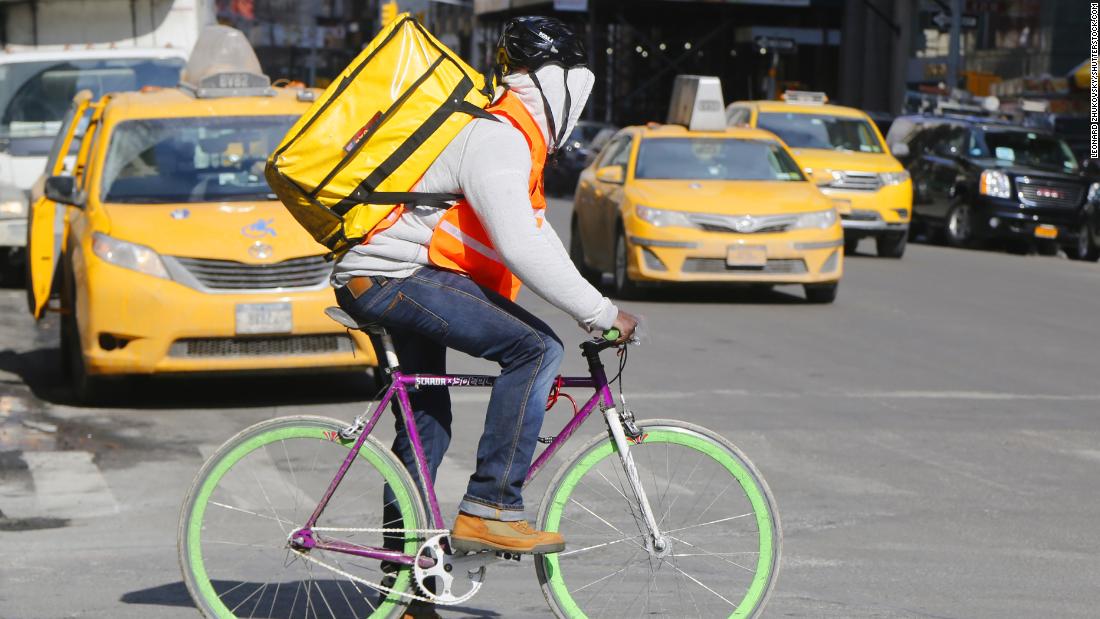 The gig economy faces challenges today that technology alone cannot fix. On-demand delivery and transportation has provided unprecedented flexibility to millions of workers and turbocharged small businesses and local economies. But recent strikes and calls for better pay and benefits underscore the need for change. So do the conflicting signals from courts, regulators and lawmakers about whether gig workers should be considered traditional employees or independent contractors, or if they should be under a new category.

We need a comprehensive approach that ends this confusion and empowers gig workers without taking away their flexibility or ability to innovate.
Legislators in California are debating a bill, known as AB5, that would reclassify gig workers as employees. My fellow CEOs at Uber and Lyft have offered a different framework, with new benefits and protections for ride-share drivers.
As CEO of the company that pioneered on-demand delivery and has one of the nation’s largest fleets of on-demand delivery workers, I believe we should build on the best of these ideas and go further by including more workers beyond just ride-sharing. Carving out narrow exemptions for specific sectors in AB5 isn’t enough.
Instead, it’s time for a new deal that brings together companies and workers from across the on-demand delivery and transportation industry, and offers a new safety net and far-reaching solutions for the future of work.
Gig companies don’t have a long history of working with organized labor, but the way forward depends on us viewing unions as working partners, not sparring partners. Our business models may be new, but labor organizers have grappled with the challenges facing independent workers like janitors and port workers for decades — so there’s a lot we can learn from them.
We also have to work with policymakers at every level, including our home state of California, where legislators are trying to chart a way forward that’s true to our pro-worker and pro-innovation values. Together, under the leadership of Governor Gavin Newsom, we have the opportunity to create a model for the rest of the country.
Here are four principles that should guide our attempts to define the future of work in the gig economy:
Give workers a voice
First, every gig worker deserves a voice in their future and transparency from companies about pay and benefits.
Postmates recently saw the importance of this kind of transparency first-hand after updating our pay system to encourage more drivers to make more deliveries in the same vicinity, regardless of distance. Some drivers said they were disappointed and uncertain about the changes and worried they might be paid less, despite the fact that more frequent deliveries can ultimately mean more cumulative earnings over time.
We quickly met with labor leaders to discuss how we can improve transparency and cooperation. We’re also working with our Fleet Advisory Board, which we launched last year to give drivers more influence over decisions made at Postmates’ headquarters, to better explain the new system to all our drivers and establish better ways to notify workers of changes in the future.
For me, the experience underscored that gig companies can’t hide behind algorithms that determine pay and route decisions — we have to be open about our policies and give workers a real voice in shaping them. More companies should create worker forums like our Fleet Advisory Board. For example, fleet members have encouraged us to enact new product solutions, rolling out soon, which are more inclusive of people who have a non-binary gender identity, such as eliminating the requirement that new drivers check a box identifying themselves as either male or female.
All workers should have a way to air grievances, appeal disciplinary actions and advocate for reforms. And more broadly, states should establish commissions to guide industrywide standards on benefits, conflict resolution and protection from discrimination, which would provide certainty for workers, many of whom use multiple gig platforms.

Pay at least the minimum wage
Second, all workers deserve decent pay and all companies should meet state minimum wage requirements. Gig workers are paid by the task, not by the hour, but the bottom line should be the same: If you work for a full hour, you should earn at least the minimum wage. We need a sector-wide earnings floor, mandated by the state — a view we’ve shared directly with Governor Newsom. This is further than some companies are willing to go right now, but it’s both the right thing to do and it’s the smart thing for the future of our industry.
We should also take seriously the criticism coming from organizations like Restaurant Opportunities Centers United, which has slammed some gig companies for using workers’ tips as substitutes for decent base pay. The critics are right. This is simply unacceptable. Tips should always be on top and always go 100% into workers’ pockets. No competitive advantage should come at the expense of workers.
Think bigger on benefits
Third, gig companies should pay into a robust industry-wide fund to ensure workers have access to benefits like on-the-job accident insurance, career development programs, disability and long-term retirement savings, and health care. We’re already seeing some companies develop successful new benefit models.
For example, Thumbtack, a company that helps consumers find local service professionals, has partnered with the National Domestic Workers Alliance to let customers contribute directly to workers’ health care and life insurance. Postmates has partnered with Stride and the Workers Lab to enroll our fleet in health care plans, help them file their taxes and pilot new ways to access cash on-demand in the case of a personal emergency.
But we need to think bigger. An industry-wide benefits fund that tech companies like Postmates pay into would provide security and upward mobility to workers who have a wide range of circumstances and needs. On any given day, a gig worker might deliver for Postmates, drive for Uber and walk dogs on Rover. Some use cars while others walk or ride on their bicycles, and some are supplementing income from other jobs. To better understand and meet the variety of worker needs, we need to improve how we collect, manage and share data. And companies should share more data about the size, scope and habits of their gig workforce with our labor union partners as well.
While we move forward as an industry, we also should advocate for ambitious reforms on the national level that bolster the safety net like “Medicare for All” and accept the tax rates that will make it possible.
Clarify rules
Fourth, regulators and lawmakers should step up and clarify the rules governing the gig economy for workers and companies alike. The federal government and state courts have issued contradictory guidance about when gig workers should be classified as employees. Different states are taking different approaches. This confusion doesn’t help anyone. We need clear rules, consistently applied.
As the economy changes, so must the way we think about work. But the need for economic opportunity, security and flexibility will never go away. My fellow tech leaders have a choice to make. Either we can resist calls for change and watch our industry fail to achieve its full potential, or we can step up and pursue a new deal that offers certainty and dignity for gig workers across America.