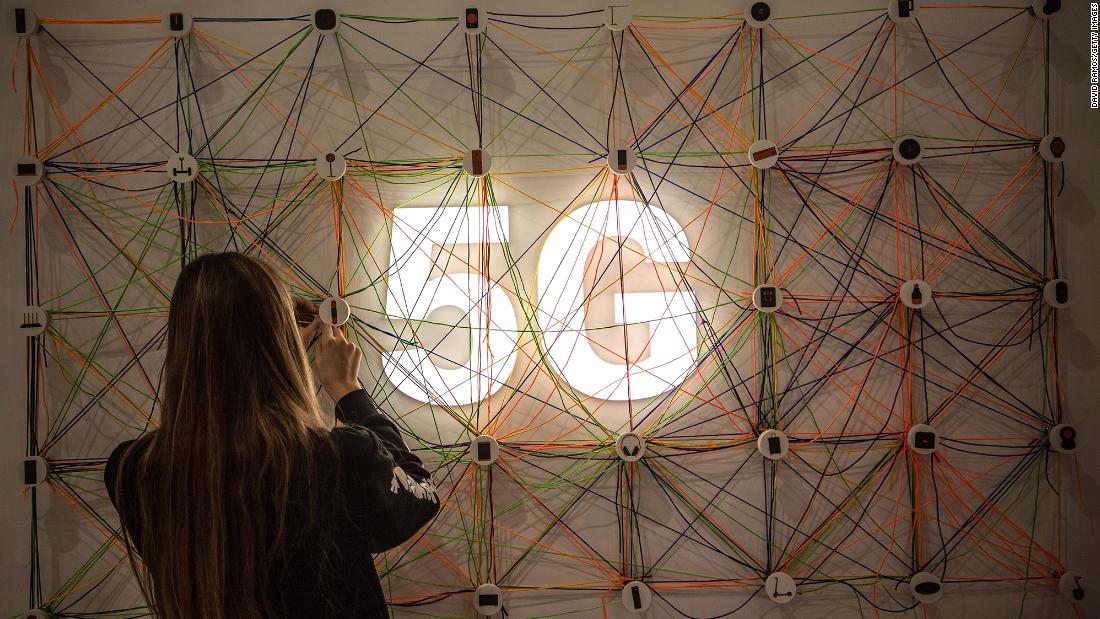 Wireless service providers continue to battle over 5G dominance in the United States. The fifth-generation wireless technology promises to bring far higher speeds and innovative new uses for consumers and businesses, from transportation to medical technology.

Although a handful of announcements about 5G availability in recent weeks might make consumers believe that the 5G revolution is here, it will take at least a couple more years — likely 2025 — before we’re all using the new technology.
T-Mobile, for example, recently announced the launch of its nationwide 5G network. But there are limitations: It’s a low-band network, which means it will offer speeds about twice as fast as 4G, but not the 10 times speed improvement that consumers expect from a 5G network. Meanwhile, AT&T (CNN’s parent company) and Verizon have announced faster 5G networks that operate at higher frequencies, but their coverage is limited to only select areas. The bottom line: 5G will be a gradual evolution — not a revolution.
Even if consumers are lucky enough to be in a city or neighborhood where they can get superfast 5G coverage, they would need to buy one of the few high-end smartphones that can take advantage of 5G networks, such as the $1,300 Samsung Galaxy S10 5G phone. And Apple is not expected to launch a 5G-capable iPhone until late 2020. Add to this the fact that most Americans only upgrade their phones every three or four years, leaving a good portion of the US population without a device to access a 5G network for quite awhile.
But in the long term, 5G’s potential is enormous and may in fact be underhyped. As higher-frequency 5G networks become widely deployed and more 5G-capable devices and infrastructure become available, 5G will evolve into a truly revolutionary technology. It will offer much higher data speeds and lower latency, which means users will experience less delay when downloading a file or watching a video, and self-driving cars will be able to process all the information they need to make life-or-death decisions in the blink of an eye.

In time, mid-band wireless 5G networks will become effective substitutes for fiber-based wired networks, allowing AT&T and Verizon to break the stranglehold of fixed broadband providers like Comcast for providing high-speed home internet services.
But the true potential of 5G technology will be unlocked with the creation of entirely new applications that are simply not possible with existing 4G technology. In the case of self-driving cars, they’ll be able to communicate with each other using high-speed, vehicle-to-vehicle communications, making transportation safer and increasing the capacity of highways. Cities will become more efficient and safer with smart streetlights that reduce energy consumption, real-time traffic management that reduces traffic congestion and smart parking lots that can guide drivers to open parking spots. Health care providers will be able to remotely monitor patients’ conditions in real time and surgeons will be able to perform robot-assisted surgery from thousands of miles away.
But for now, 5G in 2020 is mostly a hype fest. Slowly, 5G networks in the next few years will expand coverage, as a wider range of affordable 5G smartphones hit the market. Only then will the consumer adoption of 5G start to take off, which could take until 2025 as service gradually expands. Back when 4G was the new frontier, there were still pockets of 3G even though carriers were promoting “nationwide” coverage.
The future of 5G is very bright. It’s just going to take longer than the carriers want you to believe.