You are here: Home / cryptocurrency / Bitcoin Is One of the Few Things Surging in a Sea of Losses

Amid a sea of red in financial markets, Bitcoin is still flashing green.

The biggest cryptocurrency climbed as much as 5.4 percent Tuesday to $9,412, the highest since March 7. Bitcoin has gained 20 percent in the past week and 37 percent in April, on track for its best month since its record-breaking December. 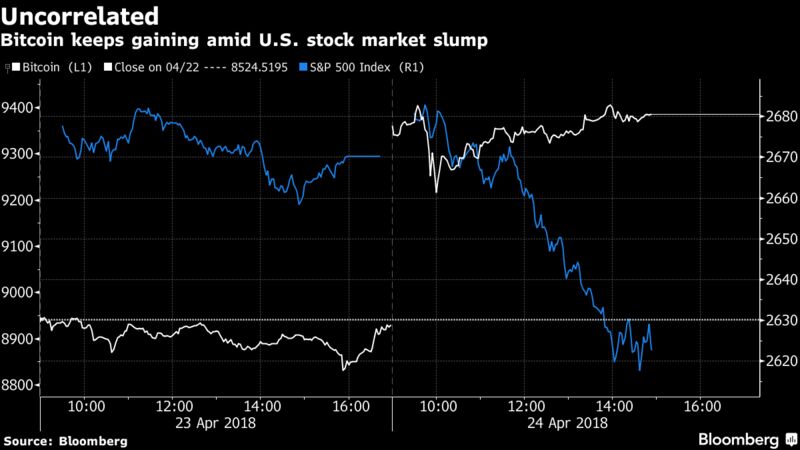 Bitcoin is rebounding from its worse start to a year ever, as it slumped more than 50 percent in the first quarter and plunged to as low as $5,922 from almost $20,000 at the end of last year. The cryptocurrency market is gaining as tax-related selling ends and regulatory-related headlines fade, while Wall Street signals increasing interest in the space.

Goldman Sachs Group Inc. said Monday that it hired Justin Schmidt as head of digital asset markets to help clients gain exposure to cryptocurrencies, and cryptocurrency-focused hedge funds have continued to open even amid the market slump earlier this year.