You are here: Home / cryptocurrency / Bitcoin Is Leaving Other Digital Coins in the Dust

Uncertainty surrounding another possible split in bitcoin is weighing on the value of the hundreds of other digital tokens that have been issued this year as the price of the biggest cryptocurrency soars. 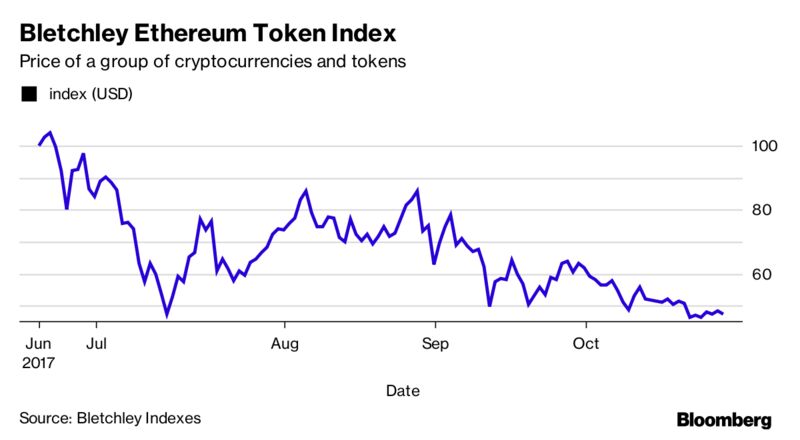 “Everyone always thinks about going to bitcoin as a conservative position,” said Stan Miroshnik, chief executive of the Element Group, which helps startups with initial coin offerings.

While bitcoin’s underlying network is slated to go through a major software upgrade in November to increase transaction speed and reduce costs, it could also cause disruptions. Investors are playing it safe and shifting funds from other digital currencies into bitcoin because it typically offers greater liquidity in times of uncertainty.

And there is the bonus of additional coins being issued to owners if developers split the blockchain, the digitized ledger on which the bitcoin is based. That already happened this week with the creation of bitcoin gold, which came about three months after bitcoin cash was created. 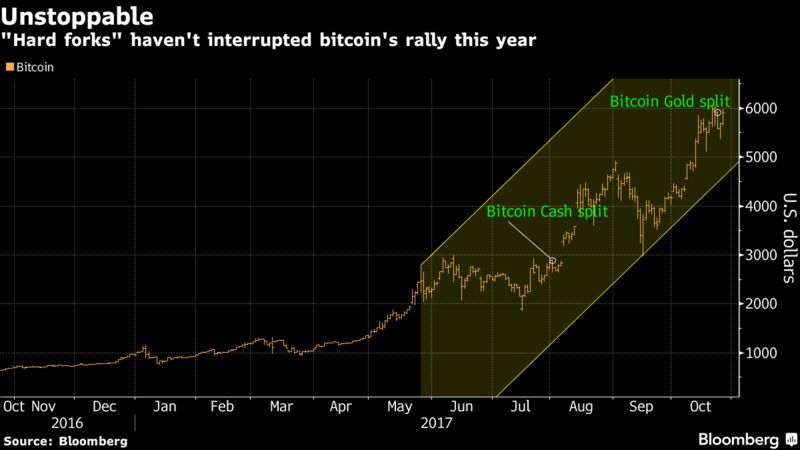 As bitcoin flirts with another record high, prices of many tokens that startups sold to raise capital are crashing. The Bletchley Ethereum Token Index is down nearly 16 percent in the last month. Around 10 percent of the money invested in tokens has already flowed out because of the software switch, according to Lucas Nuzzi, a senior analyst at Digital Asset Research.

That could mean a rude awakening for the many companies planning offerings. Some 75 ICOs are already scheduled for November, up from 64 last month, according to CoinSchedule. 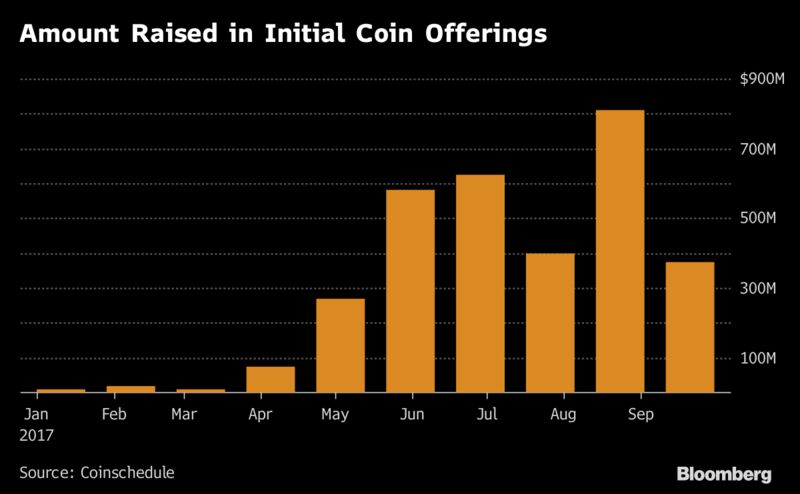 Some companies, such as virtual-goods trader Wax, are adjusting the timing of ICOs because of the software change. After all, many offerings raise funds through bitcoin, and investors aren’t parting with those. The switch, known in industry lingo as a hard fork, could also lead to other disruptions. Coinbase, the leading online exchange, will halt bitcoin buying and selling for 24 hours before the upgrade.

"Forks are full of uncertainties," said Malcolm CasSelle, president of Wax, which pushed the start of its presale back a week to Oct. 17. "Many exchanges don’t allow funds to move. That friction means token sales are slowed down."

Miners, whose computers support the network, are divided on whether they’d support the change, called SegWit2x, or not. That could lead to other issues, such as slow transaction times.

"The markets seem to think that the fork will go smoothly," said Kyle Samani, managing partner at crypto hedge fund Multicoin Capital. "I do not believe that it will. If things go extra poorly, it could tank the whole market, or we could see a major flight to bitcoin/ether." Ether is the second-largest cryptocurrency in market value after bitcoin.

Some investors are even doubling down on bitcoin, hoping a split will bring additional profits. Because not all computers running the network will switch to the new software, that will result in emergence of two competing networks, each running its own version of the currency. Holders of bitcoin will get both coins.

Bitcoin cash, the new iteration of the currency when it split for the first time last summer, rallied for almost a month before declining. After a second split this week, bitcoin continued its rise, while holders also got bitcoin gold, which is currently worth about $122. Bitcoin’s price has more than doubled, to $5,956, since the time of the first split.

"ICO tokens are not the hot story at the moment, but could return to the forefront of people’s imaginations as the bitcoin fever trade unwinds and a search for yield returns in other markets," said Charles Hayter, co-founder of market tracker CryptoCompare.