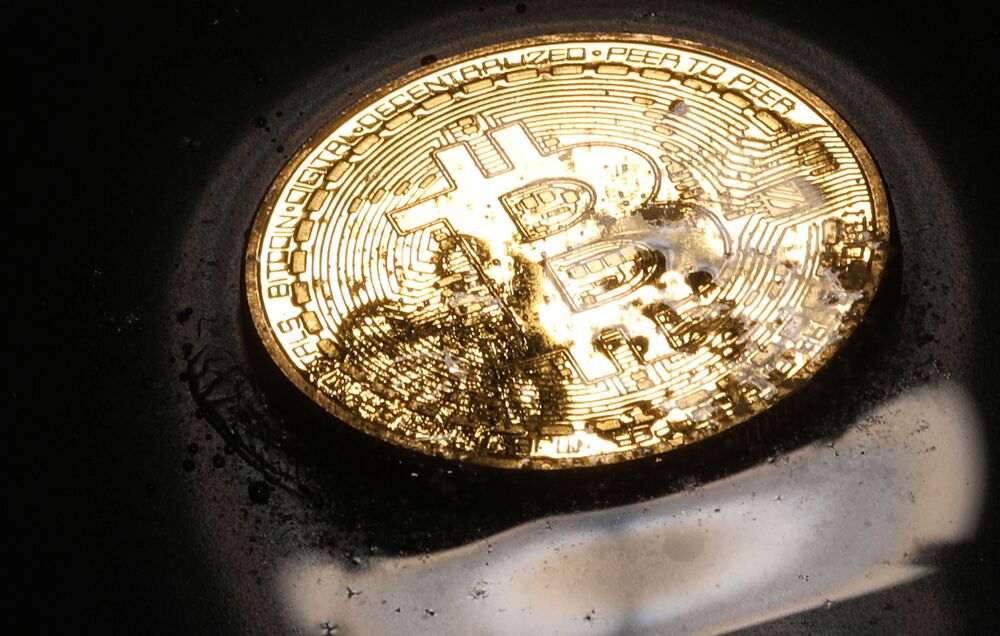 On Thursday, it dipped below $8,000, marking a decline of more than a third this month alone. Its fellow digital currencies including Ripple and Ethereum have inflicted similar losses on holders — or hodlers, as crypto-fanatics call the ever-bullish aficionados who grin and bear their losses in expectation of a renewed rally.

The renewed slide comes after my Bloomberg News colleagues Alastair Marsh and Nishant Kumar reported on Wednesday that billionaire hedge fund manager Alan Howard made "sizable personal investments" in cryptocurrencies and associated technology last year. Some of his fellow partners at Brevan Howard Asset Management have also put their own money into the new-fangled structures, they reported.

There's a warning here to others: billionaires can afford to dabble where mere fiscal mortals should fear to tread.

The ultra-rich can almost certainly afford to lose every cent they punt on digital currencies without affecting their lifestyles. A survey of Bitcoin owners published by Lendedu in December, however, found that 22 percent of those using credit cards to finance their purchases hadn't repaid their balances.

Using borrowed money to speculate on cryptocurrencies is the equivalent of taking your entire personal net worth to the casino, where the odds are always in favor of the house. No wonder some major financial institutions such as Bank of America Corp. and JPMorgan Chase & Co. have outlawed crypto purchases using their plastic.

Secondly, digital currencies remain speculative gambles rather than investments, at least for now. Hedge-fund managers (well, the successful ones) will be well-aware of the academic literature in behavioral economics of tendencies such as confirmation bias, fear of missing out and loss aversion – something that devotees of Bitcoin and its ilk seem to be blissfully ignorant of.

Thirdly, the regulators are circling. The U.S. Securities and Exchange Commission is investigating hedge funds set up specifically to participate in digital-token sales. Markus Ferber, the lead European Union lawmaker on the MiFID II suite of rules, said earlier this week that virtual currencies should be classified as financial instruments and fall under those regulations to protect investors.

One avenue open to the overseers of finance would be to restrict cryptocurrencies to sophisticated investors. That would anger the many libertarians who extol the virtues of the likes of Bitcoin as offering a store of value outside of the purview of central banks; but it would instantly shrink the pool of subscribers available to the purveyors of initial coin offerings, to the detriment of their subsequent valuations.

"Let me tell you about the very rich," F. Scott Fitzgerald wrote in a short story published in the 1920s. "They are different from you and me." That statement is as correct today as it was almost a century ago; and it should serve as a warning to anyone planning to belatedly jump on the cryptocurrency bandwagon.