A bubble? We dont even know how to value Bitcoin | Alicia (Lucy) Cameron and Kelly Trinh

You are here: Home / smart contracts / A bubble? We dont even know how to value Bitcoin | Alicia (Lucy) Cameron and Kelly Trinh 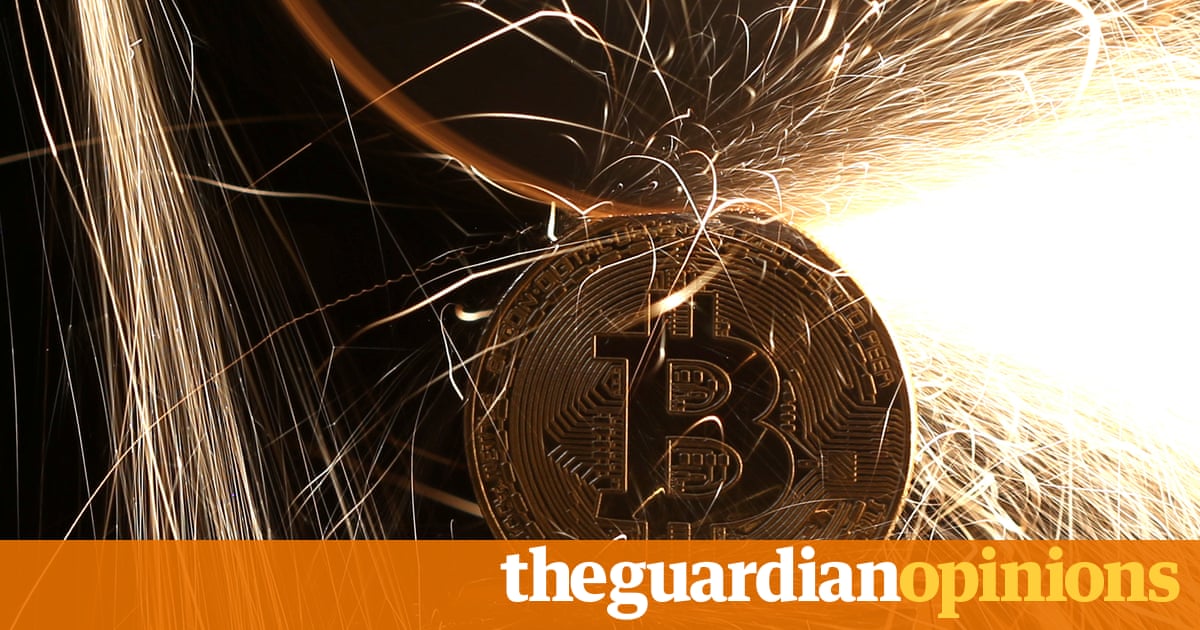 Bitcoin is a speculative mania according to the governor of the Reserve Bank of Australia. But its not so easy to say that Bitcoin is a bubble we dont know how to value it.

Recent price rises (close to $18,000 in the past three months) may be too great and cant continue. But the Bitcoin market is only just maturing as an investment and as a currency, and so it may still have room to grow.

A bubble is when the price of an asset diverges from its fundamentals the aspects of an asset that investors use to value it. These could be the income that can be earned from a stock over time, a companys cash flow, the state of a countrys economy, or even the rent from property.

But Bitcoin does not pay out profits (like shares) or rent (like property) and is not attached a national economy (like fiat currencies). This is part of the reason why it is hard to tell what the underlying value of Bitcoin is or should be.

In the search for fundamentalssome have suggestedwe should look at the supply of Bitcoins in the market (which is regulated by the technology itself), the number of Bitcoin transactions through the market, or even theenergy consumed by Bitcoin miners(the computers that validate transactions and are rewarded with Bitcoins).

If we take a close look, we can see how the price of Bitcoin may be diverging from these fundamentals. For instance, it isbecoming less profitableto be a miner, especially asthe energy required increases. At some stage the cost may exceed the price of Bitcoin, making the network less worthwhile to both mine and invest.

Government policy, such as taxation or the establishment of national digital currencies, may also make it riskier or less worthwhile to mine, transact or hold the cryptocurrency. Chinas ban on initial coin offeringsearlier this yearreduced the value of Bitcoin by20% in 24 hours.

Without these fundamentals the price of Bitcoin largely reflects speculation. And there issome evidencethat people are simply buying and holding Bitcoin in the hope it will keep rising in value (also known asgreater fool investing). Certainly, the cap on the total number (21 million) of Bitcoins that can exist makes the currency inherently deflationary the value of the currency relative to goods and services will keep increasing even without speculation and so there is a disincentive to spend it.

Bitcoin still has room to grow

Many big investors including banks and hedge funds have not yet entered into the market. The volatility and lack of regulation around Bitcoin aretwo reasons stopping these investors from jumping in.

There are new financial products being developed, such asfutures contracts, that may reduce the risk of holding Bitcoin and allow these institutional investors to get in.

Although the rush to invest is apparently encouragingsome peopleto take out mortgages to buy Bitcoin, traditional banks wont lend specifically for that purpose as the market is too volatile.

But it is not just on the finance side that the Bitcoin market is set to expand. More infrastructure to support Bitcoin in the broader economy is rolling out, which should spur demand.

Many companiesare accepting Bitcoin as payment. That means that even if the speculation dies down, Bitcoin can still be traded for some goods and services.

And finally, although the fundamentals of Bitcoin are still up for debate, when it comes to transaction volume through the network there appears to bea lot of room for growth.

Its good to remember that people have been calling Bitcoin a bubble for a long time, even whenthe price was just US$35in 2013.

In the end, this is uncharted territory. We dont know how to value Bitcoin, or what will happen. Historical examples may or may not apply.

What we do know is that the technology behind most cryptocurrencies is enabling new models of value transfer through secure global consensus networks and that is causing excitement and nervousness. Investors should beware.

Alicia (Lucy) Cameron owns 1.5 Bitcoin as well as Ethereum and Litecoin. Kelly Trinh does not work for, consult, own shares in or receive funding from any company or organisation that would benefit from this article. This article was originally published onthe Conversation.