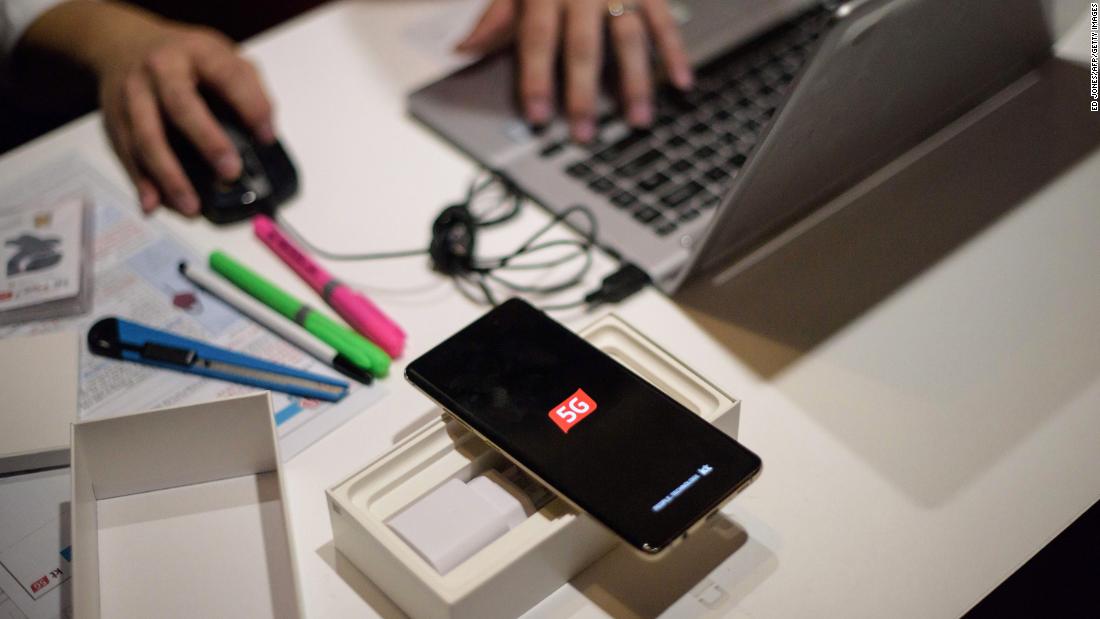 Telecommunications providers relentlessly extol the power of fifth-generation (5G) wireless technology. Government officials and policy advocates fret that the winner of the “5G race” will dominate the internet of the future, so America cannot afford to lose out. Pundits declare that 5G will revolutionize the digital world. It all sounds very thrilling. Unfortunately, the hype has gone too far.

5G systems will, over time, replace today’s 4G, just as next year’s iPhone 12 will improve on this year’s 11. 5G networks offer significantly greater transmission capacity. However, despite all the hype, they won’t represent a radical break from the current mobile experience.
First of all, the “race to 5G” is a myth. 5G is a marketing term for a family of technologies, which carriers can stretch to cover a variety of networks. The technical standards are still under development, so what counts as “true” 5G is arguable. As with 4G, the 5G rollout will take years, as carriers upgrade their networks with new gear and users buy new phones. Just as they do today, connections will fall back to slower speeds when users aren’t near enough to a tower, or if the network is overloaded. There’s no magic moment when a carrier, or a nation, “has” 5G.
Even if there was a race, it’s over: South Korea and China have already built much more extensive 5G networks than the United States. But that shouldn’t be cause for panic. Customers in those countries may have a leg up on faster connections, but that doesn’t necessarily create a sustainable strategic advantage. Romania is one of 10 countries with significantly faster average fixed broadband connections than America today, yet no one in Washington seems concerned that will give Romanian firms a dominant advantage. The major tech platforms delivering innovative digital services to the world are still based in the United States and China. There are important concerns about the Chinese networking firm Huawei creating backdoors for surveillance or tilting the carrier equipment market toward Chinese-defined standards. Your 5G user experience, however, won’t depend on who makes the gear in the guts of the network.
The overheated rhetoric is based on the misconception that 5G heralds a new era of services for end-users. In reality, the claimed performance — hundreds of megabits or even gigabits per second — is misleading. Averages and ideal numbers mask huge variations depending on distance to an antenna, obstructions, weather and other factors. The fastest speeds require “millimeter wave” spectrum, which doesn’t penetrate walls or foliage well, and is generally less reliable than the lower frequencies used today. Millimeter wave requires a much denser network of antennas, which could be cost-prohibitive outside dense urban areas. Even if that hurdle is overcome, a gigabit per second to millions of phones requires a network able to move traffic at that speed end-to-end, which doesn’t exist today.

And just what are the applications that need more capacity than 4G offers? We already get crystal-clear video chats, a torrent of TikToks, Pokemon Go augmented reality, and massive Fortnite battles. Yes, every advance in network performance opened up new uses that seemed insignificant before, but the new capabilities of 5G are best suited to non-consumer applications.
If and when fleets of self-driving vehicles communicate constantly with each other or remote robotic surgery is a standard feature in local hospitals, 5G will be a must. But these next-generation “internet of things” scenarios are years in the future, as are the kinds of virtual and augmented reality worlds that appear in science fiction.
The most immediate use of 5G is “network slicing” to rapidly deploy and reconfigure specialized networks for financial, health care and other applications. Enterprises that need quality of service guarantees can access a virtual “slice” of capacity, rather than building a separate network. It’s a big deal for carriers and large companies. Not so sexy for ordinary consumers.
When we look back from 2030, the changes in the digital world will be dramatic. The 5G platform will support those changes, just as 2G, 3G, and 4G wireless did in prior decades. However, the heralded innovations of 2019 to 2021 will seem insignificant.
Enjoy your new 5G phone when it arrives. Just don’t expect it to bring you to wireless nirvana.